It seems that Vasundhara's unending efforts to find her Vamsi Sir, the love of her life, have finally borne fruit in the popular Telugu show. 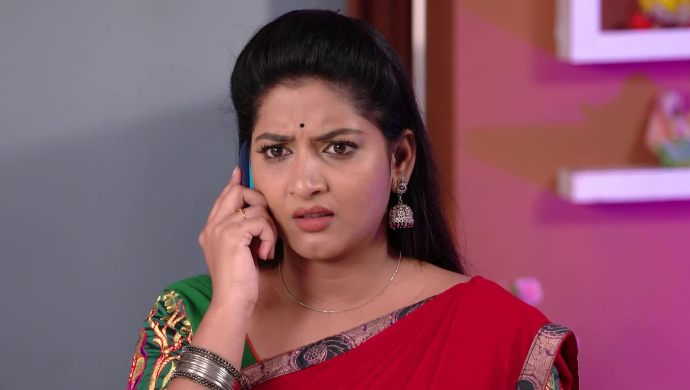 After all the pain and struggle that Vasundhara (played by Pallavi Ramisetty) has put herself through, there is a new ray of hope in the Telugu serial Maate Mantramu. With Vamsi’s (played by Ali Reza) road accident and then the news of her as a survivor of sexual assault, the world had come shattering down for Vasundhara. In just a few hours, Vasundhara found herself lost between wanting to save two people — her younger sister Alekhya (played by Manasa Charan), the real rape victim, and the love of her life, Vamsi. In the midst of them, she forgot that she too was under scrutiny and needs to do something to save herself. Vasundhara kept moving forward while balancing all other things.

In the latest episode, Vasundhara has managed to go one step closer to Vamsi. Vamsi’s accountant has now told her that a large sum of money was transferred to a doctor. After getting the information, Vasundhara immediately called the doctor. She inquired about Vamsi’s health but got no response. The doctor insisted that he did not know anyone called Vamsi. But when Vasundhara explained the entire situation and the money transfer, the doctor recollected the events. He remembered how Murali had asked him to refrain from sharing any information about Vamsi until he recovers. But Vasundhara wasn’t there to take no for an answer. She insisted and even warned the doctor when needed to give her the details. And she got them!

Wondering if that’s all? Surprise! Surprise! There’s more to the story. Vamsi promised to financially help Murali, a stranger he met on the road accidentally. But Murali has been turning out to be creepier by every passing day. Now, with Vasundhara and the doctor’s phone conversation, we have learnt a new fact. It’s true that Murali admitted Vamsi into a hospital and is taking care of him. But his plans are well thought of. He admitted Vamsi under the guise of Murali and has been carrying out the treatment. Now we are starting to wonder if Murali’s meeting with Vamsi was not accidental at all. Maybe it has been a plan all along? What do you think?

Stay tuned for more updates. For another spicy twist, watch the latest episode of Kalyana Vaibhogam on ZEE5.

Anjali With Her Crazy Entourage In The Horror-Comedy Film Geethanjali Is What You Need Tonight, Watch On ZEE5

Kalyana Vaibhogam: Is This How Jai Finally Finds Out That Nithya Is Alive?