Maate Mantramu POLL: Will Vasundhara Give Into The Pressure And Marry Jogendra?

The tension has been growing between Jogendra and Vasundhara. Vamsi is nowhere to be seen. Alekhya's married life has just begun. What will Vasu do? 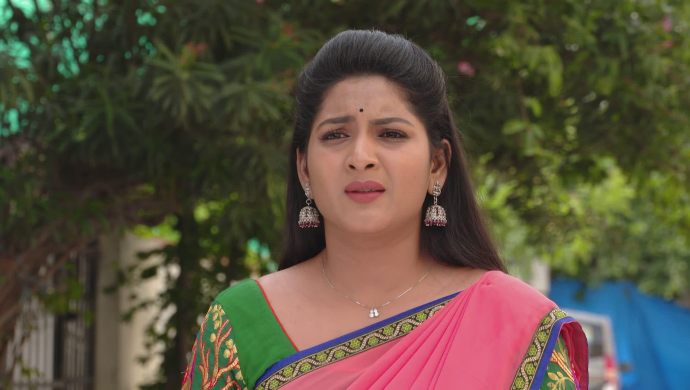 In the ZEE Telugu show Maate Mantramu, times are truly tough for its leading lady, Vasundhara. Right now, her life is plagued with problems. This time too, she wants to make everything better and keep everyone happier – even if it’s at the cost of her own life. Now that Alekhya and Anand’s secret wedding is out in the open, Vasundhara has taken it upon herself to make sure that the former is accepted by everyone in the Kakarla house.

That’s not all! Apart from bearing her grandmother, Kantamma’s never-ending abuses, Vasundhara is also taking in everything that Aparna Devi has to say. Topping these issues surrounding her is the issue of Vamsi’s identity crisis. She knows the real Vamsi is somewhere out there but she cannot prove it. Murali, who is pretending to be Vamsi, is trying to convince the elders of Kakarla family that Vasundhara deserves to be his wife. As if all of this wasn’t enough, Jogendra has returned into Vasundhara’s life.

Ninne Pelladatha Weekly Update: Madhu Asks Mrudula To Go Away From Him And…

Mancrush Monday: VSD To Varun Tej! 7 Dapper Tollywood Boys To Help You Have A…

Recently, we saw that Jogendra became serious about his “love” and threats. He wants Vasundhara to marry him and love him – if she wants her sister, Alekhya, to live happily. In such a problematic situation, we wonder what happens to Vasundhara. What do you think she should do?

Will Vasundhara Give Into The Pressure And Marry Jogendra?

Stay tuned for more episodes and more interesting stories on your favourite shows. Next, check out Muddha Mandaram on ZEE5.