Maate Mantramu: Jogendra Gets An Upper Hand Over Vasundhara Once Again

With Vasundhara's recent choices, Jogendra finds himself having an upper hand once again. Read to know how. 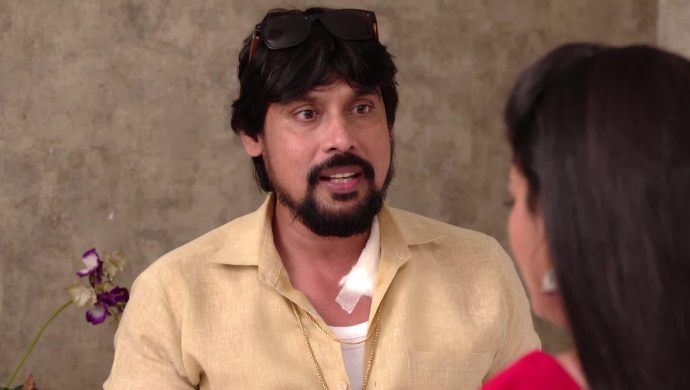 Vasundhara’s (played by Pallavi Ramisetty) choices have always been selfless and unconditional, in the Telugu TV show Maate Mantramu. But have these choices and decisions always worked in her favour? Well, more often than not, they have worked against her. Yet nothing can stop or put an end to her self-destructive choices. From helping Vamsi (played by Ali Reza) turn from a brat to a better man and now taking over responsibilities and blames, Vasundhara’s life is in a mess. Now the problems are deeper and darker. Will she be able to overcome them?

Once again, Vasundhara has dug up her own grave. In case you missed it, some time ago, Vasundhara beat up Jogendra for sexually exploiting her sister Alekhya. Somehow, Jogendra made it back alive, all thanks to Kantamma who took him to the hospital. Vasundhara also took the blame upon herself — because that was Kantamma and Jogendra’s original plan. This had caused an uproar in the public and everyone who wanted to be near her had pushed her afar. Yet Vasundhara managed everything with a smile on her face. But now, Jogendra is trying to bring hell upon Vasundhara and she finds herself helpless.

Now, Jogendra has come back into Vasundhara’s house and meets her in a closed and locked room. He tries to talk to her about their wedding, which has been his dream for a long, long time. But Vasundhara tries to escape from of the conversation. That’s when Jogendra tells her to let go of the past and sign the papers for taking the case back. Vasundhara tells him to think about how she almost killed him once. But she won’t let go the next time. That’s when Jogendra puts his best foot forward. He tells Vasundhara that if she doesn’t agree to marry him, he’ll call for a press conference and announce what the real truth was.

What will Vasundhara do now? Sacrifice herself to save Alekhya? Let us know in the comments below. For more entertainment, check out the latest episodes of Attarintlo Akka Chellellu on ZEE5.

Get Ready For The Laughter-Riot That Is ZEE5 Original Mrs. Subbalakshmi, Streaming Now

6 Scenes From Mr. Majnu Featuring Vidyullekha That Will Make You Want A BFF Like Her