The popular Telugu actor, who plays Ayirendri, loves travelling and sharing her excitement with fans. Her latest vacation is giving us travel goals. 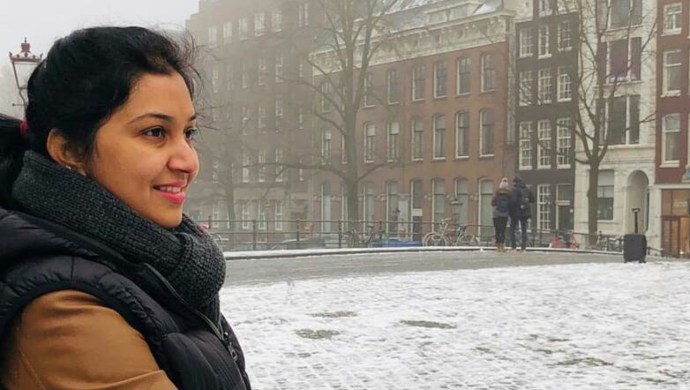 In the Telugu serial Maate Mantramu, we see Ramya Raghav as Ayirendri, the woman who is eager to get her daughter Nakshatra (played by Tulasi Yerra), married to the lead actor Vamsi (played by Ali Reza). Ayirendri is often at home planning and plotting against Vamsi’s love interest Vasundhara (played by Pallavi Ramisetty). Unlike Ayirendri, Ramya isn’t someone who likes to sit at home all day long. When she isn’t shooting for Maate Mantramu, Ramya enjoys taking a few days off and travelling the world with her family.

The actor’s recent trip to Europe brought out the wandering soul in her. The best part, however, is that she did not shy away from embracing her child-like excitement from her fans and followers.

And finally!! Much Awaited trip..!! #travel#adventure#trip#family#kids#excited#newbeginning#experiment#lotmoretodo#happyme:)

You know she is a true blue wanderer when her excitement begins even before she has boarded the flight. Without further ado, let’s take a look at her vacation.

Here I come Amsterdam! Already in love with Amsterdam canals!

Ramya’s visit to Amsterdam was surely a fulfilling one. She made sure to be clicked at every possible halt and share it on her Instagram profile.

Canal cruise it is!! So in love with this city!! Soo happening😍😛

Ramya found something exciting away from her usual life as she cruised her way through the canals of Amsterdam.

In Paris, the actor made the most of the time taking in the beautiful view outside her hotel room. Not just that, Ramya even shared it with her fans.

Witnessing the grandeur and greatness of the Eiffel Tower in Paris is something that is on everyone’s bucket list. Well, Ramya has checked it off hers.

Turn your face to the sun and the shadows fall behind you… !! Lastsunnyday#winter#zerodegree#temperature#freezing#butfun#lovingit#waitingforsnowfall#

It doesn’t get any better than soaking the sun at the Vondelpark Holland in Amsterdam. Of course, taking great pictures is a bonus too.

What is it about snowfall and snowflakes that gets everyone starry-eyed? Well, one might have to witness it to know it. Maybe you’ll be spellbound to describe it, just like Ramya.

Your trip can never be complete without a bunch of touristy pictures. Take some inspiration from Ramya and click all the pictures that you want on your next trip.

Until Ramya’s next vacay, catch her in Maate Mantramu. If you enjoy it, you should also check out Muddha Mandaram.

Planning A Feast Like The Ghattammaneni Household? Try These Easy Recipes