Vamsi and Vasundhara are stuck in an isolated place with no network and no people around. We wonder what happens between both of them. 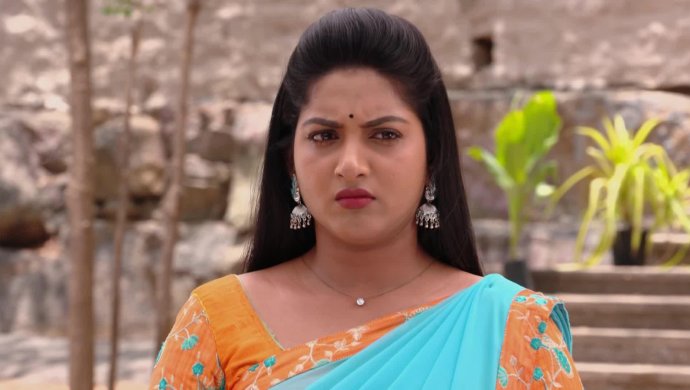 Vasundhara and Vamsi must become one. Vamsi (played by Ali Reza) must accept his feelings for Vasundhara (played by Pallavi Ramisetty). That is all we have been asking for right from the beginning of the Telugu TV show Maate Mantramu. The wait for the union is longer than we expected but we’re also hoping that it is sweet enough. In the recent episodes of the Telugu serial, we saw that Jogendra tried to inch closer to Vasundhara by kidnapping her once again. But as usual, Vamsi saved her. This time around, however, Vamsi has no idea what he did. Here’s what will happen in the next episode. Take a look:

In the preview for the episode airing on May 27, 2019, we see that Vasundhara is no more in unconscious or in a burkha. She is standing close to the car while Vamsi has his back turned towards Vasundhara. She tells him that maybe bad things happened to her for a good reason. Vamsi intervenes and tells her that it may be good for her but not for him. Instead of feeling bad about Vamsi’s rude behaviour, Vasundhara tries to make the most of the situation by being sarcastic. She tells Vamsi that it is all a cosmic plan to bring them closer. This irks him even more and he decides to call a cab but finds that his phone has no network. Vamsi feels helpless and walks inside the cottage room without saying anything, in disappointment.

Vamsi’s mother, Suchitra Devi, has been pleading Vasundhara to marry Vamsi. But Vasundhara feels he deserves better. Although she loves him truly, Vasundhara does not want to force Vamsi in taking any decision. Vamsi, on the other hand, questions his feelings for Vasundhara. He feels incomplete without her but when he is with her, he makes sure to hurt her. What’s in store for them next?

Until we find out in the latest episode, check out Ninne Pelladatha on ZEE5.

Hyper Jukebox: 5 Songs From The Ram Pothineni-Starrer That Will Put Dancers To Shame