Ayirendri, Nakshatra and Kantamma are smelling a rat. But will they be able to uncover Vamsi aka Murali's real identity? 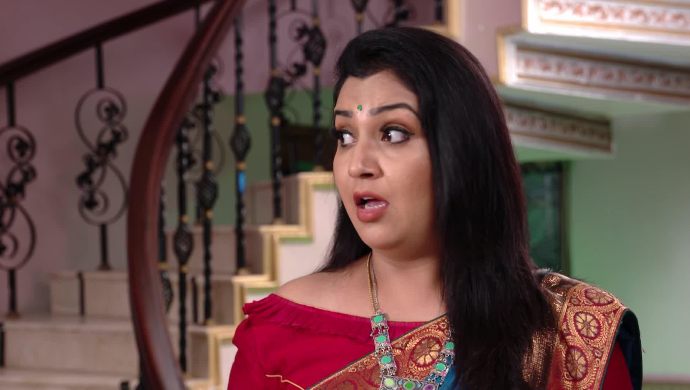 Murali has returned and taken Vamsi’s (played by Ali Reza) spot in the Kakarla house of the Telugu TV show Maate Mantramu. Aparna Devi, Suchitra and Anand are trying hard to accept the new Vamsi, without raising any question. However, this has not gone down well with Kantamma, Vasundhara (played by Pallavi Ramisetty), Nakshatra (played by Tulasi Yerra) and Ayirendri (played by Ramya Raghav). Vasundhara is busy questioning herself. But Ayirendri, Kantamma and Nakshatra are raising their voices. And we’re happy about this one.

In the preview for the episode airing on August 14, 2019, we see that Ayirendri has gathered everyone in the Kakarla house. She suggests that Vamsi must go through a DNA test since not everyone is convinced about Vamsi’s sudden arrival and his new normalcy. Suchitra is taken aback on hearing this, but she remains quiet. That’s not the case with Aparna Devi. Vamsi’s beloved Aparna Devi, a.k.a. Appu, lashes out at Ayirendri. She tells Ayirendri that no such thing will happen. Because they believe Vamsi, irrespective of his looks, is the man of their house.

However, the next thing that we see is ‘Vamsi’ undergoing the test. There is a doctor sitting next to him and he takes a good amount of blood for the DNA sampling. The look on Vamsi’s (Murali’s) face is an interesting one. He is scared beyond wits. Murali is constantly staring at the doctor to drop some hints or make some gesture that would turn things in his favour. But will it really turn out as expected? Ayirendri and Kantamma are on the right track, for once, with their confusion and questions. Considering the fact that Vamsi is under Murali’s control, we’re truly scared for the future.

Let us know what you think in the comments below. Check out Attarintlo Akka Chellellu for more entertainment on ZEE5.

Get Ready For The Laughter-Riot That Is ZEE5 Original Mrs. Subbalakshmi Ft. Lakshmi Manchu And Srinivas Avasarla

Ninne Pelladatha: 4 Scenes From The 14 August 2019 Episode That Will Make You Go 'Aww'