In the upcoming episode, Vasundhara faints only a few moments before the pooja because of the poisonous drink that Mansi offered her. Read more here 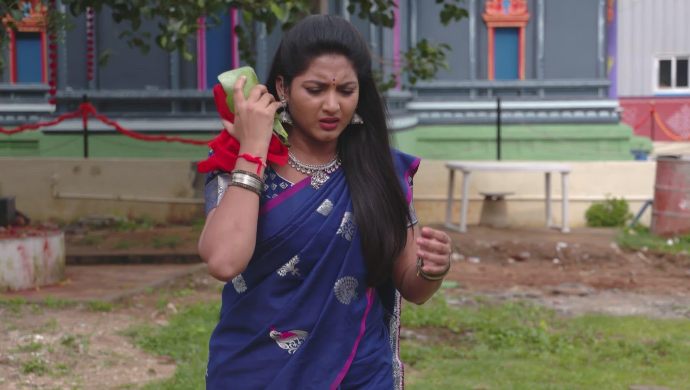 The con-man Murali has found his ground in the Kakarla house as Vamsi Krishna Kakarla, in Maate Mantramu. Vasundhara, Nakshatra and Aiyrendri have their doubts about him. But there is no way for them to raise a finger on him (yet). All thanks to the shadowy man, who has been a reality-check for Murali. Now that he has Madhura and his mother under control, what will Murali do? Pay heed to his family or try to ‘win’ Vasundhara?

Watch a snippet from the upcoming episode:

In the preview for the episode airing on 11 September 2019, everyone has taken a break from the homam. The grand celebration or Pooja that has been scheduled for Vamsi’s well-being turned into a fight. Nakshatra and Vasundhara have been advised to find a few elements for the pooja. The one to bring it quickly will be the one to sit with Vamsi for the pooja and also become his wedded wife. But as usual, Aiyrendri and Nakshatra are using twisted tactics to win. As Vasundhara goes out to find the said things, Aiyrendri sketches a plan to win, with the help of Mansi (from Ninne Pelladatha).

Aiyrendri finds a liquid that would get anyone unconscious when consumed. All they have to do is make it look like ‘prasadam’. Since Kantamma, Aiyrendri and Nakshatra appear as competitors, Mansi offers to help them. She takes the liquid in a prasadam vessel and goes to Vasundhara.

Mansi tells her that she has been fasting for the betterment of her married life and needs to serve the prasad to five ladies. Vasundhara, as usual, is happy to help someone. So she drinks the liquid. But as she moves further ahead, she feels uneasy and eventually faints. Will Nakshatra get the better out of this situation or will Vasundhara’s righteousness save her once again?