This time it's Vasundhara who roasts Vamsi for his naive questions. The two are still in the isolated cottage and are finally having a good time. 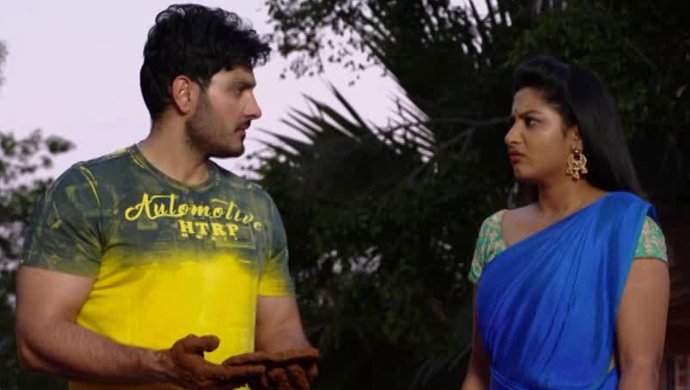 Vasundhara and Vamsi (played by Ali Reza and Pallavi Ramisetty) have been stuck in the isolated cottage for many days now, in the Telugu TV show Maate Mantramu. Finally, it seems that the two are coming closer to each other. Their fights haven’t stopped, but we all know that their hearts are surely coming closer. After sharing biryani for dinner and then eating their meals in the candlelight atmosphere the next day, the air between Vamsi and Vasundhara has changed for better. In fact, Vamsi has also confessed that he is unable to control his feelings for Vasundhara. We’re waiting for the ultimate moment. Check out what happens in the next episode:

In the preview for the episode airing on June 06, 2019, we see that Vasundhara and Vamsi are outside the cottage. Both are standing close to a platform that is decorated with rangoli and has a pit of mud in between. There’s a small board close to it which instructs Vamsi to create something out of the mud and his wish will be fulfilled. Excited, Vamsi starts making a mud doll out of it when Vasundhara offers to join. Vamsi closes his eyes and decides to not see her at all, in an attempt to stop falling for her.

We see Vasundhara holding a heart that Vamsi made out of the mud. He opens his eyes and asks her ‘what is this!?’ Vasundhara gives a witty reply by saying, “gurtu pataleda sir? Adey naa degara unnadi, mee degara lenidi” (Didn’t you recognise sir? It’s something that I have and something that you don’t.) Vamsi sighs and says that he had thought of making something but ended up with something entirely different. Vasundhara returns the heart and tells him that one only makes what one truly feels. She tells Vamsi that she wants to keep the heart with her but Vamsi refuses.

No matter who keeps the heart, we know Vamsi’s heart is really with Vasundhara. Watch this space to know what happens next. Until then check the latest episodes of Muddha Mandaram on ZEE5.

Kailasapuram Review: This ZEE5 Original Brings The Dark Side Of The Society Into Light