This week in Local Gangs, Vishwak Sen and Ruhani Sharma join the senior and junior gang leader in this madness, as they promote HIT. Watch the promo 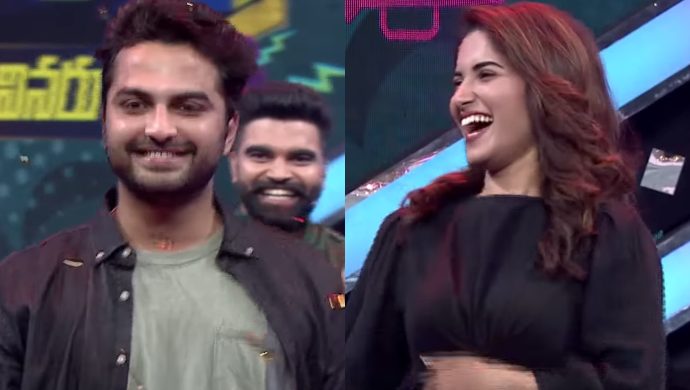 Previously on Local Gangs, Jani master and Anasuya Bharadwaj started the show by an entertaining dance performance on Butta Bomma. Ravi and Tejaswi danced to yet another song, only to be criticised as the ‘spoilers’ by Pradeep Machiraju. Joining the craziness of this classroom was Gully Boyz of Adhirindhi fame. And of course, the comedic duo brought along their insanely hilarious punchlines to this show.

Watch the promo for the next episode of Local Gangs here:

To give some company to otherwise feuding junior and senior gang leader, Vishwak Sen makes a rocking entry. The actor will soon be seen in an intense thriller, titled HIT.

When Anasuya asks him about his choice of roles, the young actor responds that he aims to get hands-on a project that would allow him to work with actresses elder to him. And guess who his dream girl is? It’s the hot and happening Ileana D’Cruz.

Vishwak’s co-actor, Ruhani Sharma, too, joins the stage. The actress is clearly new to the industry and the folks here. So, Pradeep tries to make use of this opportunity.

Ravi, too, attempts to make a lasting impression on Ruhani. So, the handsome boy tries to dance his way to her heart. Pradeep, who had to bring an element of humour, comments that Ruhani reached Falakuma, while Ravi gets stuck in Panjagutta due to his poor dancing skills.

As the show proceeds further, the two gang leaders and their respective companions play the buzzer game. And Pradeep can’t take his eyes off Ruhani. Typical Pradeep, isn’t he? But this distraction causes Vishwak to get more and more competitive.

Watch the full episode on February 22, 2020, on ZEE5, before TV and stay tuned for all the important updates. You can also check out everything about Adhirnidi right here.

Birthday Special: 6 Films Starring The Comedy King Sunil That You Must Watch Today On ZEE5