Let’s Celebrate! Abhi And Soundarya Are Falling For Each Other In Muddha Mandaram

Their words and actions do not match. But we are still waiting for this love story to brew. 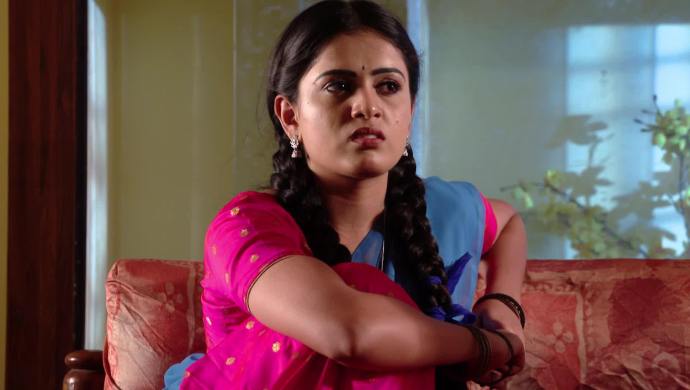 Since the generational leap in the Telugu serial Muddha Mandaram, there is only one thing that we have been waiting for. And that’s a new romance between the reincarnations of Deva and Parvathi, Abhi and Soundarya (played by Pavan Sae and Thanuja Gowda). Yet all that we have been seeing is fights, fights and more fights! For Abhi and Soundarya, it was such that they were not able to get through the day without fighting. However, we’re waiting for the day when their love story blooms as sweetly as Deva and Parvathi’s. The latest episode of the Telugu TV show will give you reasons to wait more eagerly for their love story to begin.

For the uninitiated, Abhi and Soundarya go to the same college and are batchmates. Abhi constantly tries to do things that will provoke Soundarya to pick a fight. More often than not, he succeeds. Soundarya is the naive girl who thinks there is nobody better than her and hails herself as the ‘aada puli‘ (a tigress). A few weeks into their fights, Abhi starts considering his feelings for Soundarya. He discusses it with Surya and concludes that he isn’t in love with her. But deep down inside, he knows he’s fallen for Soundarya.

On the other hand, Soundarya has always looked at him disrespectfully. The one time when Soundarya was ready to extend a hand of friendship, Abhi ruined it. Since then, her rage has intensified. But still, when she saw him speak about his idea of uniting street kids with their biological parents, something happened. She told Chandrika that maybe he isn’t as bad a person as she thought him to be. This makes Chandrika’s doubt clearer that Soundarya, too, has started falling for Abhi.

With Abhi and Soundarya, while they might be feeling something, their words convey the complete opposite. So when she sees him the next day, she wants to fight again. Do you think their fights will end soon? Let us know below.

Until then, check out Ninne Pelladatha on ZEE5.

Take A Trip Down The Memory Lane As You Binge-Watch The ZEE5 Original Drama Series B.Tech

Ninne Pelladatha 20 May 2019 Preview: Sararyu Chases Madhu To The Hospital