Krishna Reddy, popularly known as Chinna Babu in the popular show, has gained success the hard way. Scroll down to read his story. 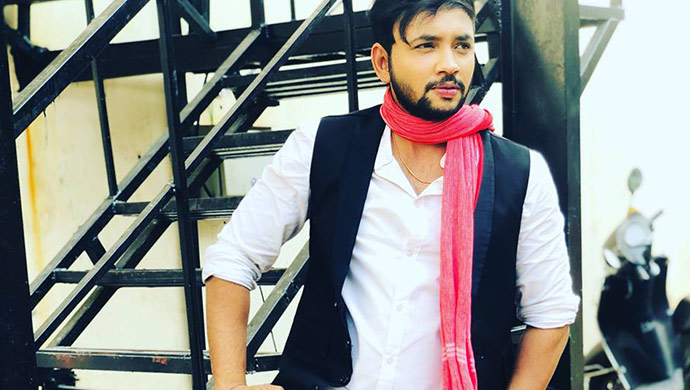 Actor Krishna Reddy, popularly know as Chinna Babu in the Telugu TV show Muddha Mandaram is at the peak of success. But the road to fame wasn’t an easy one for him. Now crowned as the Ghattammaneni Prince of Muddha Mandaram, Krishna has been through a lot. And he wants his story to be a lesson for newcomers and outsiders wanting to make it big in the world of entertainment.

In an interview, Krishna mentioned that he was a simple boy from a small town when he came to Hyderabad to become an actor. A B.Tech graduate, Krishna loved the compliments that came from his family and friends comparing him to Tollywood actors. That’s when he decided to give acting a shot. After being rejected multiple times and being called ‘not fit’ for the role, Krishna lost all hope but still refused to give up. He thought that if he had come all the way to Hyderabad, he had to prove his mettle.

Krishna found himself a job along with which he was also going for auditions. One day when his grandmother passed away and Krishna was with his family in his village for last rites, he was offered a film. Although it didn’t boast of big names or a promising cast, it came across as a ray of hope. Since the film was supposed to be shot in Bangkok, Krishna had to leave his family and return to Hyderabad. He borrowed money from his father, who helped him without asking any question, and returned to Hyderabad and waited for a couple of days for further details about the shoot. Nothing came along though.

A few days later, one of the director’s assistants called him to tell him that since the director’s mother passed away the travel will be delayed. Krishna was offered the option to either travel with junior artistes or the main crew. Obviously, he chose the latter. While everything seemed to be fine, the big shock came on the day of travel. None of Krishna’s calls or texts were answered. And that is when Krishna realised that he had been taken for a ride. From spending on new clothes and shoes to sending money for visas and travel tickets to agreeing to do the film, Krishna had not questioned anything. Finally, the actor understood the importance of being vigilant about such people in the industry.

After the success of Muddha Mandaram which he did not expect, Krishna says he has truly been living like a prince. He calls the show his best work and remains thankful for the opportunities it gave him.

Kalyana Vaibhogam: In An Attempt To Seek Validation, Nithya Finds Out…

Ninne Pelladatha BTS: Have You Seen These Cute And Goofy Pictures Of…

So Relatable! That's What You Will Say When You Watch ZEE5 Original B. Tech