Previously, Nithya drives around Jai’s residence and Jai comes out to see who it is. Read the full weekly update here 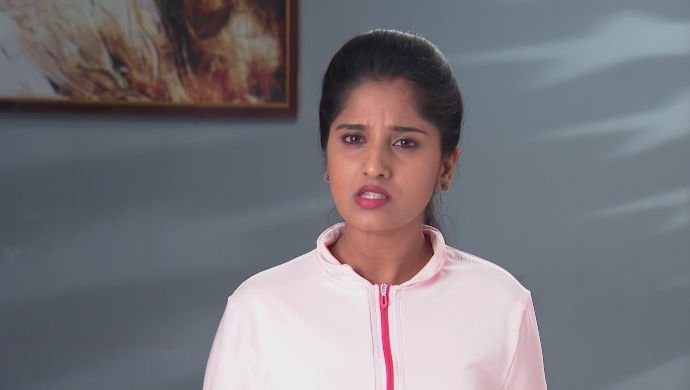 Earlier in the Zee Telugu show Kalyana Vaibhogam, Swaroopa hopes to see Rana and Nithya marry. That night, Jai sneaks into Swaroopa’s house at night and turns all the lights off. He goes inside to see if Nithya is around. Manga, who was hiding in the trunk of Jai’s car, goes inside and tells Rana about Jai. Rana goes back inside, refers to Nithya as ‘Harika’ and saves the day for them all. The next day, Rana and Nithya go go-carting where they plan their next move.

Manga asks Swaroopa if Nithya still has feelings for Jai. Swaroopa lies to Manga that Nithya does not want Jai anymore. But she keeps thinking about how Nithya’s truth could break Manga.

That’s when Jai lands at Swaroopa’s house and asks how Manga is with Swaroopa each time he comes by. Swaroopa says that it’s their connection that keeps them together.

Jai asks if ‘she’ went along with Rana, and Swaroopa immediately responds positively. Jai thanks Swaroopa for confirming that ‘she’ is around. Then, he asks if he could check Nithya’s room.

Later, Manga meets Nithya and asks if she still loves Jai. Nithya tells Manga that everyone must know the answer to this and takes her into the living room, where Rana and Swaroopa are present.

She tells everyone that she will tell the truth and talks like the real/old Nithya. She expresses her obsession with Jai and also asserts that she can never forget him.

Manga is in tears, Swaroopa and Rana are shocked to hear all of it. Nithya smiles, evilly, and tells her that the ‘old’ Nithya would say that, but she does not have feelings for him anymore.

Jai comes home to see Manga sleeping. He kisses her forehead and she wakes up. They talk about how Jai has become distant in search of Nithya, who according to people is dead.

Manga tells Jai that she misses how he would be extra-careful of every step. She misses how all of his time and attention was dedicated to their baby. Jai promises to take care of her like he used to.

Jai tells her that he will bring back all that they once enjoyed. He makes an arrangement on the terrace, where they have dinner together but a certain car sound disturbs their moment.

Nithya drives back and forth in front of Jai’s house. Jai goes down to see who it is. Kalpana, Jeji, Chandrika, and Prasad look out from the window when Jai stands in front of the car.

The next morning, Chary comes home and greets Jai. But Jai does not respond. After calling Jeji multiple times, Kalpana confirms that no one in the house wants to talk to anyone.