From escaping death thrice to knowing what she means to Jai, a lot has been going on in Manga's life. Read to know what happened over the week. 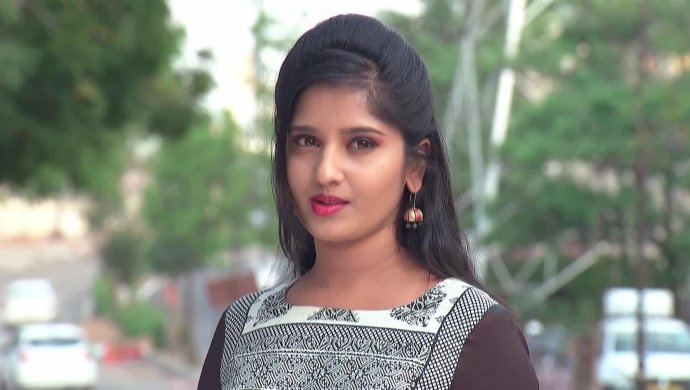 If you have been following the Telugu TV show Kalyana Vaibhogam, you will know that Jai (played by VJ Sunny) has finally accepted Manga as his wife, but this hasn’t stopped the likes of Nithya and Chandrika from plotting to kill her . Nithya even paid off a truck driver to kill Manga, but her evil intentions failed. If you have been wondering what else has been happening in the Telugu serial, we got you a round-up of what went on in the week starting May 6, 2019.

We see that the priest tells Nithya’s mother Swaroopa that there is no way Manga can escape the curse. Chandrika and her husband take advantage of the situation and plan to kill Manga by spilling oil outside her room. Meanwhile, Swaroopa comes just in time and saves Manga.

She calls everyone upstairs and warns them to stay away from Manga. She suggests that her life is unsafe in the Suryadevara household and Manga must stay with her. Listening to this, a furious Jai states that he isn’t a man who can’t take care of his wife and storms out.

Later at night, Manga comes into the room limping. Jai is concerned and asks her about the pain. He even applies an ointment on her ankle and starts crying. Manga gets emotional, too. She questions him about why he was being cruel to her all these days when he actually had so much love for her.

Jai promises that he will keep her safe and will take care of her. The next day, Jai asks everyone to allow Manga to come to the office. While leaving, Manga’s saree gets stuck in the temple’s door. Jai’s secretary Chary suggests that it is probably a sign for her to stay home, but Jai ignores it.

On the other side, in Nithya’s house, Swaroopa is sitting in the living room when the priest comes in. He warns her that Manga’s life is in danger since it is Amavasya and gives her a tayiti (sacred thread) for protecting Manga.

Nithya listens to their conversation secretly and takes the opportunity to plot for Manga’s death. She pays a truck driver and tells her to dash Jai and Manga’s car at 10 am on Jubilee Hills Road No. 10. She almost succeeds.

Jai sees the truck racing towards her and pulls her behind. This causes Manga to fall and hurt her arm. Swaroopa, who was on her way to save Manga, witnesses that Manga has already met with an accident. They rush her to the hospital. Back at home, Jai becomes extra sweet and caring towards his wife.

Irritated with their blooming love and PDA, Chandrika leaves the dining room without finishing her dinner. Her husband Srinivas decides to sit back and complete his meal before joining his wife. For Manga’s speedy recovery, Jai even wakes up at 4 am and takes Chary’s help in keeping a fast.

Watch this space for more such updates on the show. Until then, check out Muddha Mandaram and all its drama on ZEE5.