Kalyana Vaibhogam Weekly Update: Rana Gives Everyone A Shock By Talking About Nithya

Previously, in Kalyana Vaibhogam, Jai comes to enquire about Nitya's death, but Rana mentions seeing and talking to her. Read the weekly update here 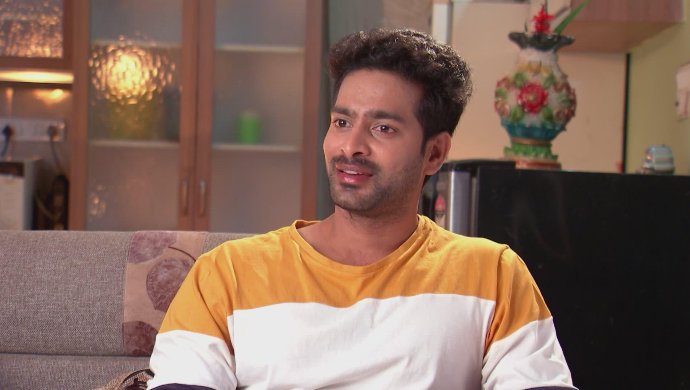 Earlier, in the Zee Telugu show Kalyana Vaibhogam, Swaroopa finds out that Mandara is Nithya and goes to check on Manga in the Sreemantham hall. A snake stands next to Manga’s chair and Jai drags her out just before the snake hiss. They all return to Hyderabad and Jai introduces many layers of security at home and around Manga. Chary informs Manga about it. When Manga requests Jai to send her to Swaroopa’s place, Jai lets her go with a chain that has a camera in it. Nithya meets Rana Pratap, the boy who came to expand his father’s business but ends up falling for Nithya.

Nithya explains to Swaroopa how she has been the victim all along. Now when she starts executing her plans, Swaroopa, Jai and then Manga will become the victims. In that order!

Swaroopa tells Nithya that her anger is valid. But Manga has never done hurt anyone. In fact, Manga refused to live with Jai unless Nithya’s death was proven to her. So, she suggests Nithya to spare Manga.

At night, Manga and Jai escape out of their house to eat ice cream. Manga insists on walking instead of taking the car. Jai makes fun of the way Manga eats the ice cream. Later, Manga asks for another ice cream and Jai goes to get it.

At that moment, Nithya drives her car at full speed and comes to dash Manga but Jai pulls her away once again. He goes behind the car and asks the driver to stop. But Nithya does not. This makes Jai sure that someone is trying to kill her.

Jai suspects Prasad, so he gives away the latter’s phone to the security guards to find the truth. The next morning, Prasad creates a scene. The IT men are unable to trace his phone and when Jai calls on Nithya’s phone, she speaks like Swapna.

At night, Jai gets Chary drunk to see if he knows anything about Manga’s secret. After a lot of alcohol, Chary reveals that Nithya is alive. But Manga throws some water on his face and asks Chary how can a dead person be alive and Chary turns around on his words.

Swaroopa wishes good morning to Rana, who is staying at her place. Rana appreciates her hospitality but then asks if there are any issues between the mother-daughter duo. He sees Swaroopa’s expression change and apologises for intruding.

He goes into a room and sees that the aesthetics of their rooms are extremely similar. Nithya comes out of the bathroom to see him going closer to her photograph and in an attempt to scold him, she slips and falls in his arms.

Jai comes to Swaroopa’s house with Chary and Manga. He asks Rana who is the girl he spoke about the other day. Rana clearly mentions it was Nithya and calls out to her too. But when he understands the situation, he tells Jai that Nithya is in the photo on the wall.

Watch The Secrets Of A Small Town In Ravel In The ZEE5 Original Show Kailasapuram, Streaming Now

Children's Day Special: 6 Films You Should Watch To Rekindle Those Childhood Emotions