Previously, in Kalyana Vaibhogam, Nithya goes to Devipuram to see Manga's death under the guise of Mandara, an old lady. Read the weekly update here 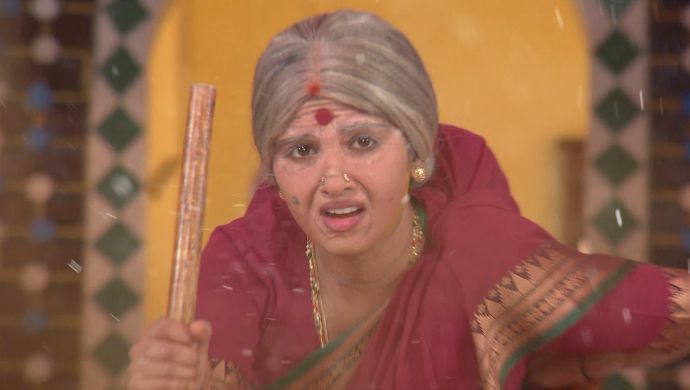 Earlier, in the Zee Telugu show Kalyana Vaibhogam, Manga takes her family to the hospital one random day. There she approaches the same doctor once again and asks her to do a check-up. The doctor finds out that Manga is pregnant and announces the news to her family. Everyone is happy, except for Nithya. Nithya meets Chalammayya Shastri discreetly and asks where Manga is supposed to die. He tells her about Devipuram when Nithya threatens to kill his grandson. Nithya commands him to send the Suryadevara family there and somehow, Swaroopa learns about this. However, she fails to stop them from going there.

Swaroopa begs Nithya to stop doing whatever she has been doing and pleads her to save Manga’s life. But Nithya claims that this time there is nothing that she can do. It’s all a lot bigger than her this time.

Chary comes to pick everyone up from home and drive with them to Devipuram. Chandrika and Prasad tell him to keep away from them and that’s when he gets a call from Swaroopa, who begs him to stop them from going away.

Chary tries but all of his efforts go in vain. Nithya calls Chandrika to check where they were and promises to greet them with a warm welcome. Chandrika and Prasad do not quite understand what she meant and how she would come in front of them.

After getting his car out of the pothole, Jai has to stop his car when a fakir comes and stands in front of them. He tells them that its the gods do not want them there and there is a danger to everyone’s life if they go ahead.

Chary tells Jai that its time for them to go back. But Jai and Manga try to tell him otherwise and ask him to relax. That’s when a bull comes running towards the car but the fakir gets it out of the way and tells Jai that danger is approaching.

Finally, they reach outside the heritage Suryadevara house. They are again stopped, this time by an old lady named Mandara. She keeps scolding Chary for his questions and then welcomes Manga into the house.

At one point, she is about to tell Manga about the generational curse that follows in the family. But Jeji stops Mandara from talking. Mandara goes close to Jeji, addresses her as Brahmarambha, and apologises for spilling their secrets.

Mandara goes away to tell everyone to freshen up so that they can have a new start in the house. She also tells Manga to come back and light up the deepam in the house.

EXCLUSIVE: Can Do Anything But Horror, Says Anish Kuruvilla, Director Of ZEE5 G.O.D