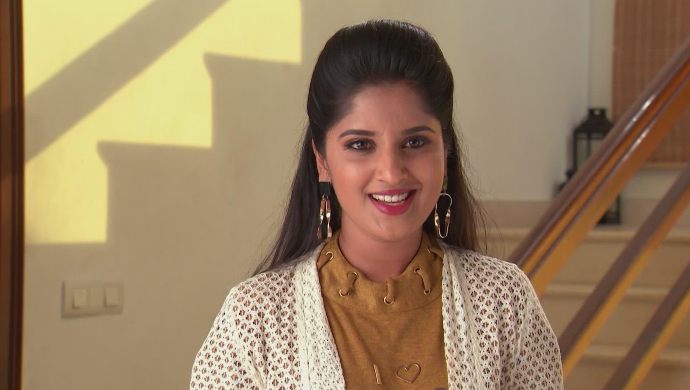 Previously, in the Zee Telugu show Kalyana Vaibhogam, Manga attends a Sreemantham function with Jai. She gets teary-eyed and Jai consoles her by telling her that they will celebrate this day soon. She is later insulted by an elderly lady for having a miscarriage. Nithya expects Manga to come to her and ask for a favour. But when the time comes, the latter promises that she will handle her problems on her own. Later, Chary and Manga meet and discuss a plan together on how to get things back on track.

Chandrika meets Nithya, who is dressed as a nurse, in the hospital. Chandrika tells her that Manga will achieve whatever she wants and there is nothing they can do about it now.

Jai and Manga meet the doctor in the hospital. She insists that the doctor checks her stomach. The doctor is surprised to see that Manga is pregnant. The latter asks her to announce this news to all.

Chary sees Chandrika, Prasad and Nithya in the hallway together. He inches closer to Nithya and tells her to back off right now otherwise her situation will go from bad to worse.

They all come home, and Jai distributes sweets as a gesture of celebration for their baby. Everyone is surprised and cannot contain their happiness.

Jai takes Manga inside their room, hugs her and then kneels down to listen to the heartbeat of their baby. Manga sees tears welling up in his eye. Jai explains that this is his mother coming back to him.

As per Nithya’s plan, the Suryadevara family agrees to go to Devipuram for Manga’s Sreemantham. Chandrika confirms this news and Nithya starts celebrating. She also scares Swaroopa with this news.

Swaroopa tries to talk the Suryadevara family out of this decision. But they wouldn’t listen to her. Even Manga tells her that nothing bad can happen to her when she has her family by her side.