Kalyana Vaibhogam Weekly Update: Manga Decides To Give Away Everything Taken From Nithya

In the last week, Manga decides to give away everything to Nithya that was taken away from her during the course of time. Read the full update here. 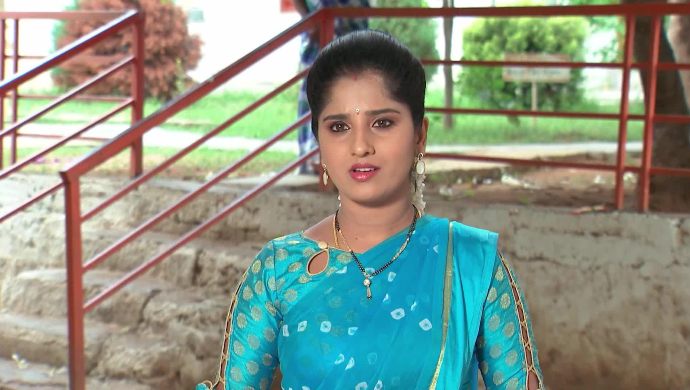 Previously in the Telugu TV show Kalyana Vaibhogam, Nithya (played by Meghana Lokesh) pretended to have changed. Manga continued to meet her twin sister in the hospital. Jai (played by VJ Sunny) is curious to know the details of this patient and goes to the hospital without informing Manga. However, she finds a way to stop Jai from finding out about Nithya. Here’s what happened in the week that started July 29.

A few days after Manga announced that she’s pregnant, Jai goes the extra mile to keep his wife and baby happy. They end up arguing about wanting a boy or a girl and finally settle down to wanting twins.

Manga is unable to deal with the guilt inside her and narrates her and Nithya’s condition to Jai in third-person narrative. She then asks Jai for a solution. He tells her that the elder sister must give away all that she took from the younger one.

The next morning, Manga wakes up early and does her pooja. She lovingly hugs Jai and bids him goodbye. She asks her mother-in-law to not come along and refuses to greet Chary as she leaves for the temple to meet Nithya.

In the temple, Chandrika and Prasad, too, are present and waiting for the drama that is about to unfold. Like Nithya, they also believe that Manga was coming to ‘give Jai away’ to Nithya.

Swaroopa (played by Bhavana Samanthula) is happy that her daughters are ending their fight and are truly becoming sisters. But Nithya has been waiting to take back what she thought was rightfully hers — Jai.

After some mystery, Manga gives Nithya her car keys, her bank cards and finally the Power of Attorney papers. Manga adds that Nithya’s life will be complete once she is married and hence, she has found a suitable match for him.

At home, Jai gets a call from one of his long-lost best friends Vijay, who has returned to India from the U.S. He tells Jai that his wedding has been fixed and he would want Jai to be with him at every step.

Swaroopa expresses her happiness on seeing her daughters move ahead in life. While one is an expectant mother, the other is all set to tie the knot. But Nithya still has her eyes on Jai and does not want to marry the guy from US.

So, along with Chandrika and Prasad, Nithya plans to push him away from the wedding. First, Prasad calls him to meet and disses Nithya’s character. But Vijay refuses to fall for those tricks. Next, Nithya hits him on the road with her car.

The next morning, everyone is dressed up and waiting for Vijay’s family to come home for the pre-wedding rituals. After waiting for a while, Nithya is shocked to see that the boy has actually arrived despite all her attempts to get rid of him.

Nithya plays the victim card by saying that people do not want good for her even after she has changed. Manga and Swaroopa give her the confidence that nothing can stop this wedding and they will make sure of that.