Kalyana Vaibhogam Weekly Update 2 To 7 March 2020: Manga And Her Baby To Die Soon 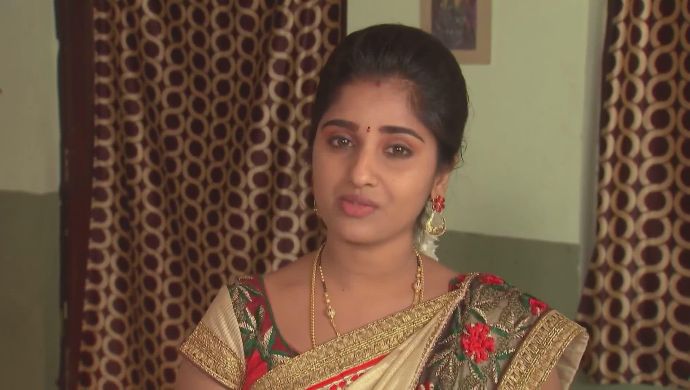 In the week before the last in Kalyana Vaibhogam, Jai goes to the registrar’s office to find out about Rana and Nithya’s wedding. But Rana and Manga find a way to convince another bride to act like Rana’s would-be. Jai acts as if he is convinced, but does not give in to their plan. Later that night, Jai wonders what has been going wrong around Manga, and Chary finds out about it via Chandrika-Prasad. Manga thanks Chary for not telling about it to Jai.

Jai goes to Swaroopa’s house and tells them that he knows about the fake bride, pretending to be Rana’s wife. Nithya comes out and laughs at their stupidity after Jai leaves.

Nithya tells Chandrika and Prasad and that she needs them to find a way to send Manga to Devipuram again, because that’s where her death is written.

That night, Manga decides to tell everything about Nithya to Jai since he knows half the truth already. But when she tries to talk to him, he constantly avoids her. Later, Jai explains that all he wants, at this time, is to see Manga happy and healthy.

Manga goes to Jeji and tells her that she wants to go to Devipuram. When Jeji asks for the reason behind this spontaneous decision Manga explains that she wants to find the end to this curse. So that no other Suryadevara daughter-in-law has to die untimely.

Chandrika-Prasad feel happy that Manga did their job without any effort. So, they share the news with Nithya, who then goes to share her happiness with Swaroopa. Swaroopa starts panicking upon hearing this and decides to tag along.

Chalammaya Shashtri finds out from the high priest that Manga and Jai have entered Devipuram once again. The high priest adds that there is no way for her to leave the town alive. In fact, he also says that Manga will not be the only one to die, her baby will be dead too.

Concerned with it all, Chalammayya Shashtri tries to stop them from coming inside the village. But he fails to stop them, despite talking about the ‘generational tragedy’ and ‘threat’.

Nithya goes to the high priest to find out how Manga will die, whilst pretending to be a caring sister. However, the high priest reads through her intentions. He tells Nithya that die will not come as easily as she is expecting it to be.

Chary validates Jai by telling him that he will be the pillar of strength and support to Manga, in these hard times, and will protect her. Jai thanks him, and asks him to take care of a few things and that’s when a large snake enters the house.

Jeji gets alarmed when she hears the ambulance. A doctor steps inside the house and Jai explains that she will be with them to look after Manga. Later, Manga talks about how Jai is ready to battle the gods of death to save her life.

Swaroopa tries to enquire about the past deaths in the family from Jeji. That night, Swaroopa meets with the high priest once again. And she finds out that Manga’s death might come in the form of a poisonous snake.

Chary fetches for thick and healthy milk from the villagers and brings it for Manga. He hands it over to Kalpana and asks her to make something for Manga. Kalpana leaves the vessel on the table, only to find out that got almost emptied, in a few minutes that she had stepped out.