Last week in Kalyana Vaibhogam, Jai takes yet another step, and calls it as his last attempt, at finding Nithya redhanded. Read the weekly update here 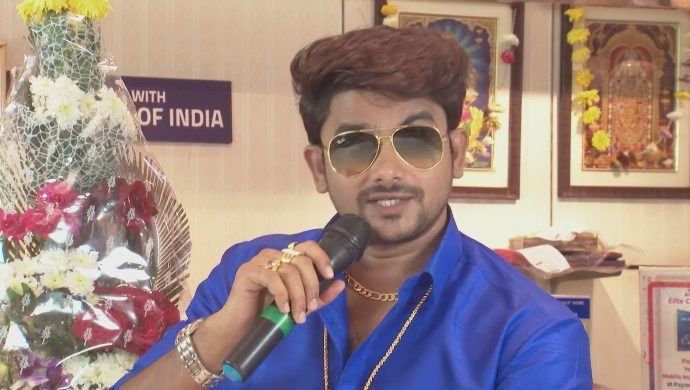 In the week before the last in Kalyana Vaibhogam, Jai and Manga lose one round of the competition, and Jai feels sad about it. Nithya takes this opportunity and goes into the room with Jai. Despite Chandrika’s efforts to stop her, Manga goes into the room, too. However, by then, Nithya escapes and Jai falls asleep. Eventually, Manga clears the mess and sorts out all the problems with Jai. They win the competition and come home. Jai has a strong doubt about Nithya, and gets Prasad drunk to find any details about Nithya.

One morning, Jai steps out of his room in traditional Indian attire and tells everyone that they have to follow all traditions for and until Sankranthi.

Jai takes Manga for a routine check-up after the competition. There, they find out that Jai has something planned and Chary is the only one who knows of Jai’s plan. However, he does not reveal any details despite them begging him.

In the hospital, Jai asks Manga to wait outside and he goes to meet the doctor. He talks to the doctor about his plan, and asks her to cooperate with him. And, the gynaecologist agrees to help him.

At home, Manga and Chandrika-Prasad continue to pressurise Chary to reveal Jai’s plan. When he does not give any information, they try to sedate him and get the details out.

Later, Manga fights with Jai about the secret that he has been keeping with her. Jai makes up to her and puts flowers in her hair. That’s when Jai makes a sign on her neck as her a mark of identity.

Before Nithya leaves, Jai sees the twins, one after the other. He tells Chary that Nithya and Manga were present in the same shopping mall, just as he expected. This, Jai thinks, is his victory.

Muddha Mandaram's Chaitra AKA Sri Satya Is More Filmy Than You Know! Check This Out