The latest episode has given us quite a few shocks. Will Nithya finally manage to do what she has been planning all along? Will Manga get saved? 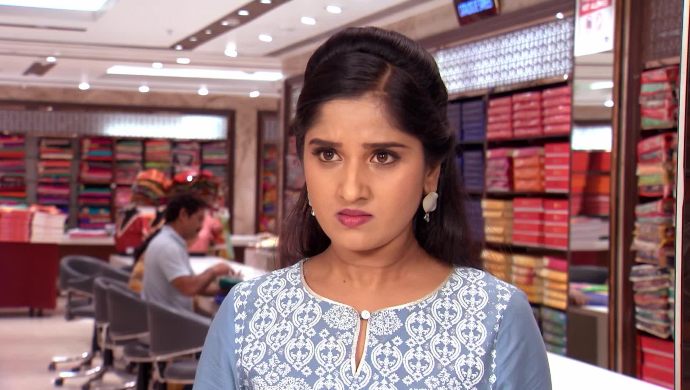 The characters of Nithya and Manga (both played by Meghana Lokesh) have been polar opposites since the beginning, in the Telugu TV show Kalyana Vaibhogam. Now that they have found out that they are actually sisters, we expected things to change. To our surprise, things changed, but only in Manga’s heart. She dropped her plans of revenge and decided to show affection to her younger twin. Nithya pretended to be a changed person, but only because she has bigger things on her mind. Even today, as Manga risks many things to stay with her sister, Nithya has been looking for opportunities to get rid of her.

We knew Nithya wants Jai. With Manga becoming pregnant, we thought Nithya would actually change her attitude. But the only change seems to be Nithya leaving Manga alone while still chasing Jai. Nithya proved us wrong and how! The same old Nithya has the same old intentions. Her every act and move still has the same goal — kill Manga! This time, however, Manga is her second target. Nithya wants to kill Manga and Jai’s baby first. Too extreme? We thought so, too.

Nithya waited to see her elder sister on the day of her wedding shopping. Once she reached, Nithya told Chandrika and Prasad to do the job on her behalf and handed them a pack of tablets. When they asked about it, Nithya told them that those are abortion tablets. Once Manga drinks juice mixed with these tablets, the baby in her womb will “melt”. Chandrika and Prasad hesitated because this move was crossing many moral boundaries. But Nithya knows how to get what she wants, and produced videos of Chandrika and Prasad doing many things that would make their survival difficult. And so, left without a choice, they agreed.

Will Manga drink the juice? Or will a guardian angel save her this time? Stay tuned for more updates. Watch the latest episodes of Ninne Pelladatha on ZEE5.

SHOCKING! Does Soundarya Take Charge Of Her Destiny And Marry Abhi In Muddha Mandaram?