Kalyana Vaibhogam: In An Attempt To Seek Validation, Nithya Finds Out Jai’s Opinion Of Her

In the latest episode, revelations that had never come out before, surface now in front of Nithya. Read more details about it here 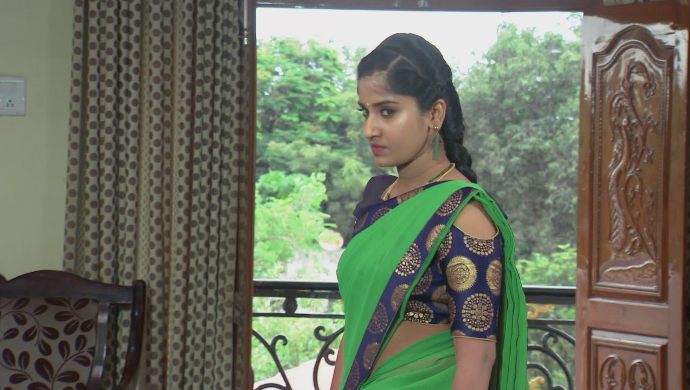 Raise your hands if you know what’s coming up next in the ZEE Telugu show, Kalyana Vaibhogam. After a thousand attempts, Nithya found her first victory. She managed to dump her twin sister, who loves her as much as she loves her unborn baby, into a waterbody. As she let her unconscious sister drown to death, quite literally, she settled down on the spot next to Jai, reserved for his wife. She tackled the second obstacle, of Manga’s pregnancy, by falling down the stairs and pretending to have a miscarriage. Now that her path was clear, Nithya did what she does best — she tried to fish for compliments.

Nithya started her day by grooming herself with cosmetic products, unlike Manga. Jai noticed the stark difference but was distracted by Chary’s pressing insistence on going to the office. Sometime later, she, pretends to be Mang and strikes a conversation about Nithya with Jai. But what follows, infuriates her and paves a path for more cruel and unthinkable things. Talking about his time with Nithya, Jai says, “It was an artificial relationship”. She is left aghast when he adds, “I was tolerating her possessive attitude only because I wanted to be the best in the business.”

She is shell shocked when Jai mentions, “Nithya was nothing. She is just a bad memory.” As he prepares to head to work, Swaroopa walks into the Suryadevara house in frustration and anger towards Nithya. She wants nothing more than bringing her daughter down to dust at this point. Trying to kill a pregnant lady, who also happens to be her twin sister, just for a boy, was incomprehensible for Swaroopa. But now she has given the game to the twins. Will Manga fight for what’s her or will she be fooled by Nithya’s act?

Stay tuned to find out the answers. Check out more episodes and interesting stories on Kalyana Vaibhogam. Find more entertainment on ZEE5 with Muddha Mandaram.