In the latest episode, we will know whether Jai will be able to finally connect the dots and find out what Manga has been up to. Read more. 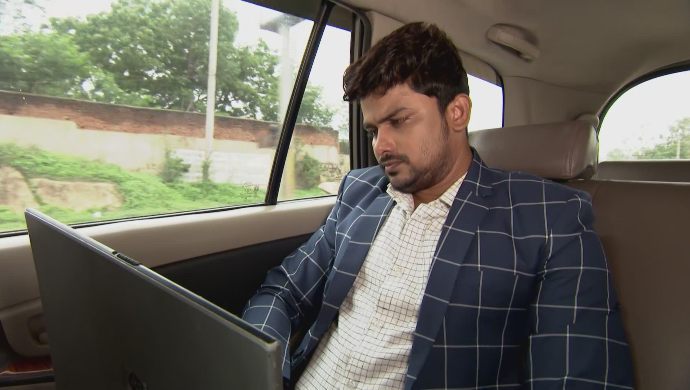 It has been quite some time since the truth has been dug deep beneath layers of lies, in the Telugu TV show Kalyana Vaibhogam. First, Nithya (played by Meghana Lokesh) lied to everyone and then her twin sister Manga was forced to lie about herself. There came a time when the layers had begun to shed themselves and the real picture was starting to be clearer. Manga and Nithya’s blood relationship had brought in a new wave of happiness. Alas! They couldn’t share this piece of happiness with anyone else. But for how long?

Recently, Swaroopa (played by Bhavana Samanthula) asked Jai (played by VJ Sunny) to send Manga so that she could attend Nithya’s pre-wedding rituals. On the other hand, Nithya is counting down moments until she can kill Manga and take her place as Jai’s wife. Swaroopa is scared about how she will successfully get Nithya married to Vijay and end Manga’s sufferings. In the midst of this confusion, lies the gravest threat. And that is Jai’s curiosity to find out about his wife’s whereabouts. As he bids goodbye to his wife and leaves for office, a chain of thoughts take him back in time and give him the dots he failed to connect all this while.

Jai figures out that his best friend’s wedding and the wedding hall as mentioned by Swaroopa are the same. He wonders if it’s the same wedding. This leads to his next clue — the GPS location sent by Vijay on the day of the Pelli choopulu was that of Swaroopa’s and Manga was present there too. And ever since Manga’s pregnancy, she has been recklessly giving more importance to this ‘sister’ who she had never spoken of before. Jai concludes that Manga, Swaroopa, Vijay’s wedding and this secret sister are all connected to each other. Will he find out that they are?

How do you think Jai will find out the truth? Let us know in the comments below. You can now check out more episode of Attarintlo Akka Chellellu on ZEE5.

Chiranjeevi Birthday Special: Not Just An Actor, An Emotion That Will Be The Same Forever