After running through the streets and almost falling off the building, Manga succeeds in finding her mother -- alive and alright. 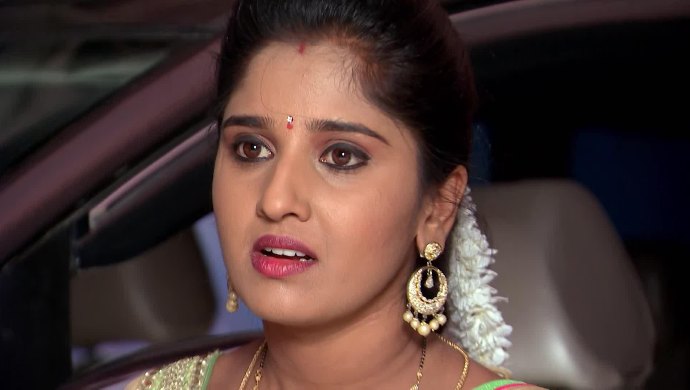 For the last few days, things have been rough for Manga (played by Meghana Lokesh) and Jai (played by VJ Sunny), in the Telugu TV show Kalyana Vaibhogam. Ever since Manga decided to get Swaroopa Srinivas to adopt her, going a day without being attacked has been a tough task. Nithya, who is pretending to be dead, has tried to kill Manga several times. But with the adoption date coming closer, Nithya tried to attack Jai’s godown, sprayed all of Jai’s family members with chloroform, tried to kill Manga by shooting her. When she failed, she dropped her mother’s bracelet to divert the blame on her. Finally, she kidnapped her mother to stop the adoption.

Watch what happens next:

In the preview for the episode airing on June 28, 2019, Manga, Jai and Chary are still in the under-construction building. An anonymous caller tips Jai off saying that Swaroopa has been kidnapped and is an under-construction building within 5kms of the temple. All three of them, without a second thought, rush there and start looking for Swaroopa. They even go in different directions to find her faster. But no luck! In this process, Manga slips and is about to fall off the building but Jai saves her just in time. He insists on leaving all hopes on finding her and going back home.

Manga starts walking away, but then something stops her. She sees a hay bale on the floor along with some sticks lying around. Turning to Jai and Chary, Manga questions if the hay is in front of them, how is the scarecrow standing erect on the other side? Jai tells her that it could be a new stack of hay. But Manga refuses to believe him. She goes back to the other side and breaks open the mud pot kept as the head. Indeed, it was Swaoopa, tied to bamboo sticks, unconscious. Watch what happens next, here.

You can find more episode of Maate Mantramu on ZEE5.