Kalyana Vaibhogam 24 July 2014 Preview: Jai Asks About The Patient At The Hospital

In the upcoming episode, Jai takes an active step towards finding out the mystery that Manga wouldn't solve for him. Read more about it here. 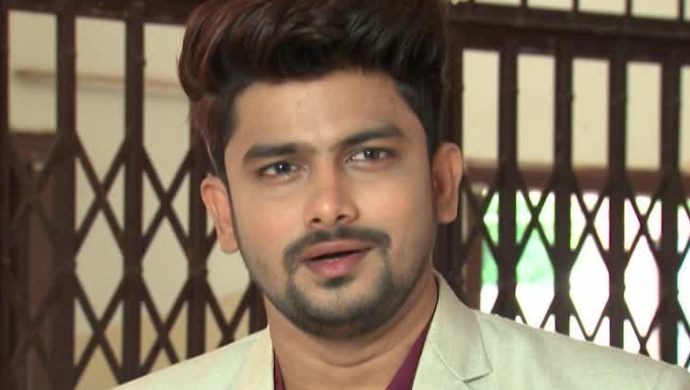 In the Telugu TV show Kalyana Vaibhogam, Manga (played by Meghana Lokesh) has landed herself in yet another trouble. Recently, she won over her enemies, Swaroopa (played by Bhavana Samanthula) and Nithya, when they got to know about her pregnancy. But Tulasi told Manga about her past and the truth behind her physical appearance being similar to Nithya’s. On knowing this, Manga broke down and did not waste a minute to do away with all her hatred and ideas for revenge. In fact, she looked forward to meeting her younger twin sister and mother. She comforted her mother and donated blood to save her sister. All of this, Manga kept a secret from Jai (played by VJ Sunny).

In the preview for the episode airing on July 24, 2019, we see Jai and Chary in the hospital. It is where Nithya is admitted for her treatment. Jai goes to the help-desk and asks for the details of the patient who was given Mangathayaru’s blood. After checking the computer, the receptionist hands over a file which has all the details, to Jai. He goes through it and finds Swaroopa Srinivas’ name mentioned. Chary, who was afraid that Jai would find out about Nithya, is relieved to know that the reports have no mention about Nithya. Further, Jai asks about the room number and the receptionist happily tells him.

In the room, Swaroopa is busy feeding Nithya. She still looks concerned and tired from all the crying. However, Tulasi, who was the first to spot Jai close to Nithya’s room, is nowhere to be seen. Now, as Jai walks towards the room, our hearts have started racing faster and faster. It’s time for the same question — is it time for Jai to know the truth yet? Will it be Tulasi who will stop Jai? Or will Manga show up randomly? Or is it Chary who will save the day as usual? Stay tuned to this space to find out.

Sailaja Reddy Alludu Jukebox: 6 Songs That Will Put You In The Festive Mood