Nithya is all set to execute her elaborate plan to kill Manga. But will she finally succeed? Or will her plan fail once again? 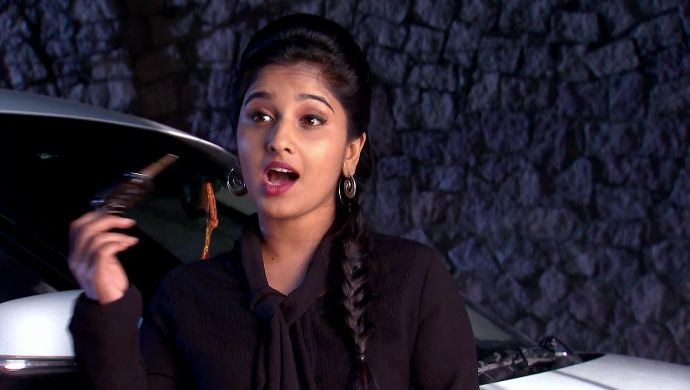 The Telugu TV show Kalyana Vaibhogam has come to a great climax. The twins, Manga and Nithya (played by Meghana Lokesh), had been away from each other for most of their lives. When they finally came close to each other, the forces of nature made them arch enemies. The hatred grew to a point where one was thirsty for the other’s blood. Finally, it seems that the day when Manga and Nithya come face to face to end their hatred isn’t too far. Check out what happens with Nithya’s evil plan in the latest episode.

In the preview for the episode airing on June 18, 2019, Nithya unleashes her next big plan. Looking at her plans and their execution, it does feel like her chances of winning are higher than ever before. But who knows what ends up happening when the time comes. This time Nithya does not want to do anything by staying under cover. She intends to kill Manga herself. Nithya’s plan includes a few steps. The first step is to distract Jai (played by VJ Sunny) and send him away from Manga. She achieves this by setting one of his godowns on fire.

Her second step includes sending goons to the Suryadevara house, in the middle of the night. They will make sure everyone is made unconscious. This will happen by making them smell chloroform. Next, she will provoke Manga to find answers to the strange things happening around her. When Manga finally comes begging to her, Nithya will shoot Manga and finish everything forever.

We strongly feel Manga will get the better out of Nithya’s master plan. Watch what happens next, in the full episode here. For more entertainment, watch the latest episodes of Muddha Mandaram on ZEE5.

Yin And Yang Come Together As Deva And Das Ft. Nagarjuna And Nani In Devadas. Watch On ZEE5