The Brahmotsavam star is raising the mercury in these photos. Check them out. 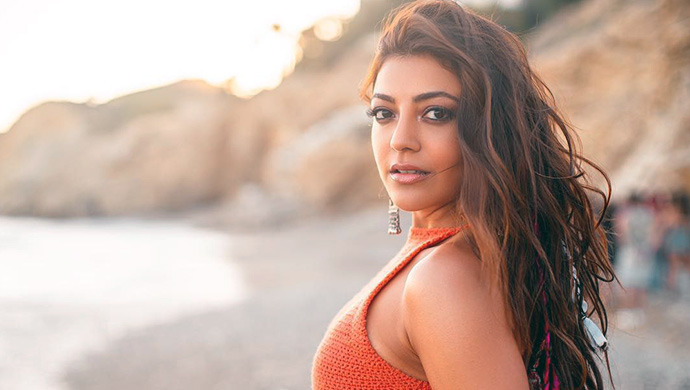 We love her performance in Brahmotsavam and other movies she has been a part of. And now Tollywood star Kajal Aggarwal has bagged a crossover film as well. To be directed by award-winning short film director Jeffrey Gee Chin, the multi-lingual film is to be shot in three different languages at the same time. Kajal will be playing the lead female actor in all three languages and Achari America Yathra actor Vishnu Manchu will star opposite her in the Telugu version.

Tollywood star Kajal Aggarwal is clearly going places. And not just her performances, we can’t stop raving about her latest photo shoot as well. The beautiful actor is clearly raising the temperature in this one – which has been shot in a pool. Take a look at this photo for proof.

Kajal is looking super gorgeous in this white bodycon cutout dress by designer Amit GT. With her hair done in loose waves, the Tollywood star is making the temperatures shoot up, in super style that too. Don’t you agree as well?

The white dress against the azure waters of the pool has created a striking effect which is making Kajal look all the more mesmerising. Do you not think so too?

“#Aquaforver,” says the actor as she throws off her shoes and indulges in some fun in the pool. We have all done that, have we not? That’s why we find the actor to be so relatable.

Ever noticed how black and white turns even the most mundane classy? Well, this shot of Kajal’s is anything but mundane. However, this fun, playful moment has been turned elegant with the monochrome filter. Little wonder then that Kajal calls it her favourite shot.

7 Lead Characters Who Totally Owned These 7 Scenes In The ZEE5 Original N.E.R.D.