In today's episode, Jai goes the extra mile to find out why Manga was in the hospital, donating blood despite being pregnant. Read more here. 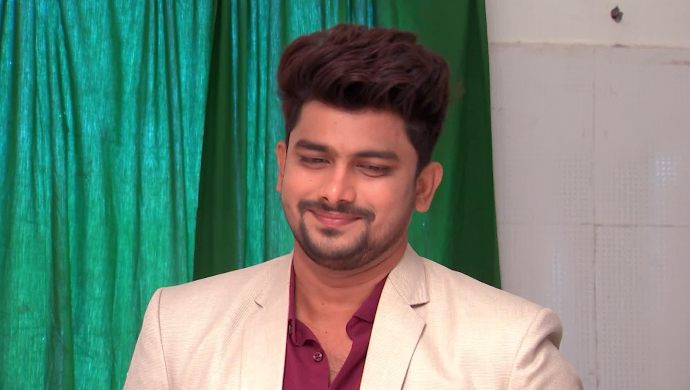 Becoming parents is a huge deal for anyone and everyone. Jai and Manga (played by VJ Sunny and Meghana Lokesh) of the Telugu TV show Kalyana Vaibhogam are no exceptions. Jai is anyway a loving and a caring husband. Now that he knows about the arrival of the newest family member, his excitement knows no bound. Eventually, the level of his caring and love have gone higher than one could imagine. Manga, on the other hand, has been dealing with too many things all on her own. From trying to bring Nithya out in the open to accepting her newfound identity, Jai is unaware of the struggles in his wife’s life.

After trying and failing to know Manga’s secrets, Jai has decided to take the matter into his own hands. Recently, he has started observing Manga’s behaviour more minutely. Jai even went on and told Chary that Manga has been acting weird lately. First, she donated blood to a ‘random’ girl, walked out of the house post midnight to meet her, was crying while speaking to Swaroopa and then she lied about it one being asked by Jai. So he decided to go to the hospital and find out the details of the nameless girl who Manga says is like her sister.

It is a little difficult, but Jai gets the reports. He cannot find the name of the patient but finds Swaroopa’s name mentioned and decides to confront her. Jai goes to the hospital room where Nithya is admitted but finds no patient there. He asks where and who she was, and why Manga felt the need to donate blood when she was pregnant. With some hesitation and after some thinking, Swaroopa tells him that the patient is another maid’s daughter and Manga is close to her. Hence, she was willing to donate blood and help.

Jai tells Swaroopa that he would like to meet the patient and decides to sit there until she comes. Will Chary do something? Or will they see Manga in the hospital again? Stay tuned to find out. For more entertainment, watch Ninne Pelladatha on ZEE5.

It's A Win-Win Situation for Soundarya and Bhavani, In Muddha Mandaram

Brahmini Succeeds In Her Plan, Forces Madhu To Marry Mansi In Ninne Pelladatha