He is tall, handsome and has female fans swooning over him. Let's get to know the off-screen personality of Prema Entha Madhuram's Arya Vardhan Sir 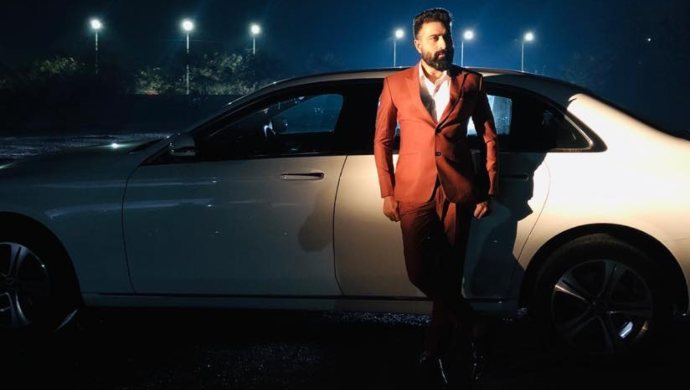 Actor Sriram Venkat plays the role of Arya Vardhan in the popular Zee Telugu show, Prema Entha Madhuram. The show revolves around Arya and Anu, aged 40 and 19 years old respectively. The two oddballs fall in love and their journey is what forms the crux of this show. Having released only a few weeks earlier, Arya and Anu instantly became household favourites. Like everybody else, if you like Arya too, then we have some interesting facts about the actor.
Watch the show here:
Sriram Venkat was born in Amalapuram on June 19, 1976. After completing his graduation in Amalapuram, he moved to Hyderabad to pursue a career in acting. Sriram got his first break in a DD-8 television serial. Soon, he received fame with his next serial, called Vidhi. The actor has been in the industry for almost two decades and is also an anchor and producer. He can speak Telugu, Hindi, English and Tamil fluently.
He is also the man behind popular Zee Telugu shows like Konchem Ishatam Konchem Kashtam, Varudhini Parinayam, and Kalyana Vaibhogam as he has produced them. Sriram also has films like Bommarillu, Shatamanam Bhavati, Danger, Ramdandu to his credit. Standing five feet and ten inches tall, the actor is athletic and loves cricket. For all the girls going gaga over this handsome man, Sriram is married and has a son, too.
Having been a veteran in the industry, Sriram is a highly respected and loved artiste. Actor VJ Sunny, seen as Jai in Kalyana Vaibhogam, credits his success to Sriram for giving him the show. With Prema Entha Madhuram Sriram has made his comeback to the small screen as an actor. It is no surprise that he is showered with all the love and praise from his fans.
You can check out all the episodes of his show here. Watch funny ZEE5 Original shows to enjoy your quarantine and get all the live updates on Coronavirus on ZEE5 News Section.
Don't Miss