In Ninne Pelladatha, Who Will Tarun Marry? Sarayu Or Tanaya? Details Inside…

The shenanigans for Tarun's wedding have begun in right earnest. But who will he marry? Is it going to be Sarayu? Or Tanaya? Wait and watch. 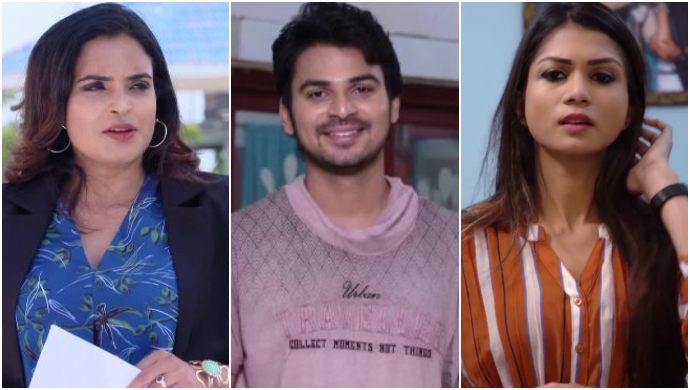 In the Telugu show Ninne Pelladatha, Tarun has been slated to marry his mardal Sarayu (played by Sarayu Roy), for a long time now. His mother, Bharati, has been after him to leave all his hopes and dreams behind and marry Sarayu. Because she does not want to lose out on one sister-in-law (Komali) that she has, just like Brahmini. With Mrudula marrying Madhu (played by Madhubala and Abhi Prathap, respectively) against the wishes of the two families, all chances of Brahmini reconciling with the Kamineni family are now out of question. Now, it is up to Tarun to uphold the family’s name and bring the broken family back together. Therefore, the preparations for Sarayu and Tarun’s wedding have begun once again, at the cost of the Kamineni wealth being written off to Sarayu.

Sarayu hates Mrudula and her guts. Since day one, she has been at loggerheads with Mrudula and the people around her. Tarun, on the other hand, loves his little sister Mrudula the most. And these polar opposite people are being asked to marry one another. Tarun has happily dropped hints and stated how he does not wish to marry Sarayu. But so far, she has won this battle. Tarun had a long love story with Tanaya, Brahmini’s daughter. The two had known each other through college and wanted to get married. Later, they found that their chances to marry each other could be higher since they are bava-mardal. However, with Sarayu entering the picture, a lot has changed. Although his heart is with Tanaya, is he going to marry Sarayu? A little birdie tells us otherwise.

Tarun & Tanaya get married ?!?! 😱😱Looks like there is an interesting twist ahead … Stay tuned !! #NinnePelladatha #ZeeTelugu

In the image above, Tarun and Tanaya are dressed in wedding attire and are standing in Brahmini’s house. This is what we have been rooting for since day one. But neither Tarun nor Tanaya look happy. In fact, along with Mrudula, they look tensed and nervous. It seems that Tarun and Tanaya too eloped instead of struggling to explain their situation to their families. What’s really the truth? Let’s wait and watch.

In the meantime, watch Kalyana Vaibhogam on ZEE5.

Kalyana Vaibhogam: 6 Times You Will Be Glued To The Screen During 12 July 2019 Episode