I am happy if Ala helps even one person, says director Sarat Palanki

The badminton player-turned-director has chosen an unconventional subject for his debut movie, ZEE5 Original Ala. Read on to know his take. 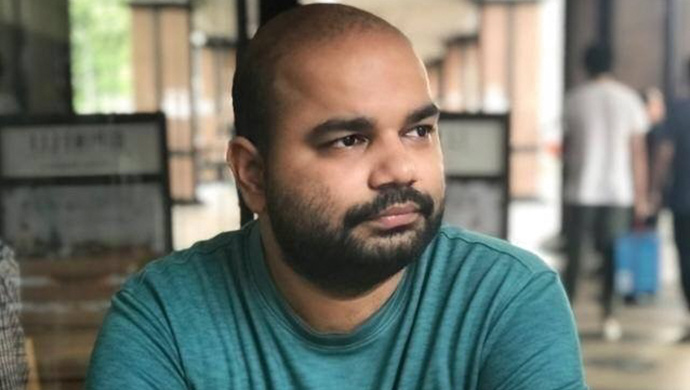 Depression. Mental health. Suicide. Growing by leaps and bounds in our young adults. Unfortunately, these are issues we prefer to brush under the carpet rather than talking about them openly. And that does more harm than good. So when celebs like Brad Pitt, Shah Rukh Khan and Deepika Padukone talk about their struggles with mental health issues, it is laudable as it takes a lot of efforts to come out with it. Similarly, for a first-time director to be dealing with the subject of suicide and depression in his first movie is bold. Badminton player-turned-director Sarat Palanki has done exactly that in the ZEE5 Original movie Ala. We caught up with the director about what made him delve into an unconventional subject like this. Here are edited excerpts:

Q. From badminton to film direction, how did the change happen?

A. Right from childhood, I was passionate about the arts. I even took dramatics classes in school. But I was away from the arts as I had no time for anything other than badminton. Every day, after my parents slept, I used to watch movies on TV by putting it on mute so that they don’t wake up. I used to imagine the story and dialogues according to the visuals I saw on screen. That helped me a lot in developing my imagination.

Meanwhile, even though I consistently won many badminton tournaments, I did not find happiness. We can win a match only by defeating the opponent. My happiness gave the opponent sadness. But it’s not the same when it comes to arts. There is no winning or losing. We can express ourselves without any competition. I found happiness in arts.

Q. How did you come across the concept of Ala?

A. After quitting badminton, I went to Vishakhapatnam to meet my friend. I stayed there for few days and noticed that the people of Vishakhapatnam do not want to leave the city and go to US or Hyderabad or Bengaluru for further studies or for jobs. They were happy with their lives and what they have. All my classmates and friends from the rest of the state were desperate to leave India. After talking to many people from Vishakhapatnam, I understood the reason behind their attachment to their home place is the connect they have with the ocean. I was fascinated by the way they have inner peace and are content with their lives. I wanted to make a movie on that and that’s from where the concept of Ala came from.

Q. How was the journey of Ala?

A. There are good days and bad days just like any other job. But when working on the film, I slept peacefully and woke up excited every day. Many people from Vizag helped me unconditionally in this journey and I am very grateful to them for that. I was also discouraged, cheated by many…But it’s a part of the process. When you are following your heart, you can’t let others demotivate you. As Mahatma Gandhi said: “First they ignore you, then they laugh at you, then they fight you, then you win”.

Q. The film deals with a sensitive subject like suicide. Did you keep anything in mind while dealing with such a subject?

A. We all go through ups and downs. Ending our life is never the answer. I wanted the message to be clear. If Ala helps even one person understand that life has so much more to offer and is bigger than their problems, I will be very happy.

Q. Did you keep any particular thing in mind while deciding on the cast, considering they were newcomers?

A. Yes, I wanted to cast passionate people. I always believe that will is more important than skill. Luckily, I found the right cast. We have auditioned many people before selecting the actors. We conducted a two-month long workshop for them to understand the characters they are playing and to teach them the basics of acting.

Q. Any particular message to youngsters watching the movie?

A. We are always one decision away from changing our lives. Getting depressed or losing people or money is part of everyone’s life. So, suicide is never an option nor the answer. Also, it’s our responsibility to be kind to each other and show empathy to the problems of others and help them come out of them. Mental health is really important, and we should teach our kids about it in schools and colleges.

A. I am directing another movie called Cinevaali and I am pretty excited about it. It is about two artists born 50 years apart, who never meet in life. The movie deals with how they influence each other’s lives and art work.

Take The Tiring Day Off By Watching Brahmotsavam Ft. Mahesh Babu, Samantha And Kajal On ZEE5