How Will Maate Mantramu’s Vamsi React When He Finds His ‘Heart Friend’ Is Vasundhara?

He's been waiting for the girl from his childhood, his 'heart friend', for long. He hates Vasundhara now but will he forever? Here's what we think 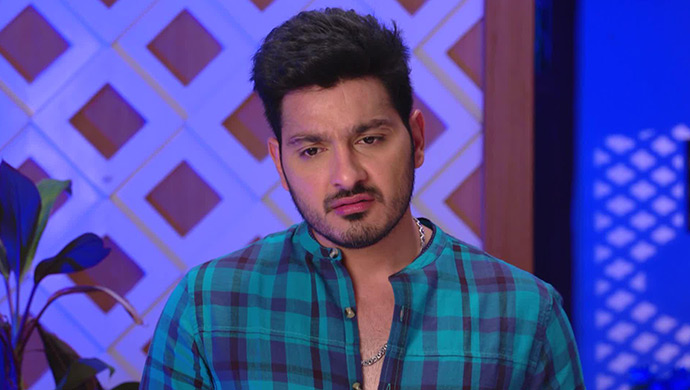 In the popular show Maate Mantramu, the central character of Vamsi Krishna, played by Ali Reza, has been waiting for the girl from his childhood, his ‘heart friend’. Tired of his bratty behaviour and arrogance, Vamsi’s mother calls in Vasundhara to help him become a better man. Because of her righteousness, Vamsi feels a strong hatred for her which has now reduced to only sarcastic comments and no hard feelings. There have been moments when Vamsi has questioned himself for having strong emotions for her.

For Vamsi, his ‘heart friend’ comes before everyone else and he has even gone crazy for the faceless and nameless girl. His family, tired of his behaviour and craziness, decided to find him a suitable girl and get him married. When Vamsi’s mother approaches Vasundhara, she politely rejects the proposal to marry Vamsi as she believes he still hates her and will never be happy with her. Pouncing upon the entire marriage situation, Aiyendri suggests that he should be married to her daughter, Nakshatra, since they are bava-mardal.

In the latest episode, Nakshatra and Vamsi are preparing for their engagement ceremony. For a moment, Vamsi finds himself lost in Vasundhara’s beauty, but snaps back to reality. Earlier in an interview, Ali had revealed that Vamsi’s ‘heart friend’ is none other than the girl he is currently in love with  – Vasundhara. But neither does he  know it yet, nor is he in a state to accept it. We wonder how Vamsi will react when he comes face to face with this truth.

The most obvious reaction from Vamsi would be vehement denial. He might yell and insult Vasundhara for managing to put these thoughts in his head, as he has done this before. Vasundhara, on the other hand, might agree with Vamsi about these connections being falsified. But there is also a good chance that Vasundhara knows the truth already and hence, has stuck around with him despite the taunts and insults. And when Vamsi comes to know about the truth, he will have one final emotional breakdown and apologise for all his tantrums. What do you think?

Want something simpler and romantic? Watch Madhu and Mrudula’s love story in Ninne Pelladatha on ZEE5.