How Many Of These Popular Legends Around Ugadi Are You Familiar With?

Let's dive into the interesting and crazy world full of legends around the upcoming Telugu New Year, known as Ugadi. Read more here. 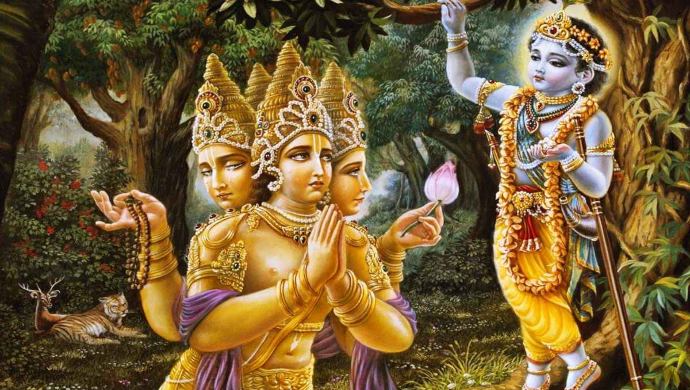 Every year, we clean our houses and have an early morning bath to make sure we start the day well on Ugadi. We decorate our houses and make sure delicious cuisines are ready on time. Let’s not forget, the Ugadi Pachadi that makes all things good and our taste buds rejoice in happiness. But do you really know why we celebrate the festival? Yes, it is the beginning of a new yuga or age. But there are also many interesting legends around it.

Watch the promo for Ugadi Special event with your favourite stars:

It is believed that Lord Brahma started creating our universe on a particular day, which came to be known as Ugadi thereon. This creation began after Lord Vishnu took the Matsya avataram and defeated the demon named Somakasura, who tried to steal the Vedas by hiding them in the sea.

The beginning of Kali Yuga

Another popular belief is that the final epoch began on this day known as Kali Yuga, after the end of Dwapara Yuga. Cursed a sage, two of Krishna’s grandsons ended up in a fight causing havoc. An arrow hit Krishna and he breathed his last, during this time. This marks the day when Lord Krishna left Earth.

Lord Rama’s return to Ayodhya, after 14 years of exile, is associated with the festival of Diwali. But the day of Lord Ram’s coronation as the King took place on Ugadi, which is yet another legend behind the celebration of this day.

According to the Luni-Solar calendar, Ugadi falls on the day when a new astronomical cycle begins. Our planet tilts itself in a way which enables northern hemisphere to attain maximum sunlight, which lasts for 21 days, starting on Ugadi. It is believed that this is the time when Earth recharges itself for a new beginning.

How many of these legends were you familiar with? Let us know in the comments section below. Don’t forget to check out amazing films on ZEE5 here.

Birthday Special: 6 Films Of The Extremely Talented Srinivas Avasarla To Watch on ZEE5

Meet The New And Old Faces Of Amrutham Dhvitheeyam, Set To Join You Soon On ZEE5