A coming-of-age movie directed by a former badminton player, here is why you need to sit down and watch the latest ZEE5 Original film. 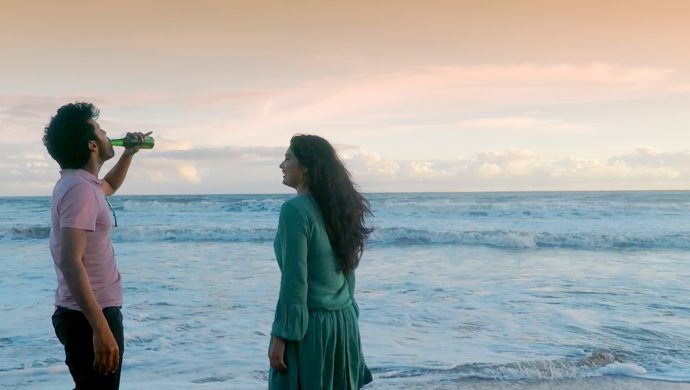 Coming of age. That’s a turbulent time we all go through. And no matter what, we survive it. This is also the time when that roller coaster ride of emotions is at its peak. And we want to make everything happen. If it does, it makes us happy, if it does not…Well we all have our different coping mechanisms. Ala, the latest ZEE5 Original movie, is about that time when we come of age, braving circumstances which go a long way in shaping who we are. Watch the trailer here.

The word ala means waves. It is the story of a boy who faces life and its various situations and how he reacts to them and comes out coping. The message that this Telugu film tries to portray is that no matter whatever happens, you need to move on. The trailer gives us a sneak peek into what to expect. We see a bunch of friends and a dog, travelling. As the trailer shows, it is a story about love, dreams and suffering. The film is about a young man, Suri, who is shown to be on a flight to the US for pursuing higher studies. In the flight, he meets Preeti and they get talking about their past.

Suri starts getting flashbacks of all that happened leading to this day. Suri, with his friends Snehith, Michael, Ravi, Indu and Siri. Suri gets a hunch that Indu and Snehith like each other and so he pushes Snehith to reveal his feelings. As they have fun at the beach later, they realise that Snehith is missing. A search and rescue operation for him begins. What happens next is what you need to watch to find out.

The film is directed by Sarat Palanki who makes his directorial debut with Ala. A former badminton player who chose to pursue his cinematic dreams, Sarat is also a trained cinematographer and editor. With a cast comprising new actors such as Bhargav Komeera, Shilpika, Malavika, Ankith Koyya and Rohit Reddy, and music by Srinivasa Sarma Rani, Ala promises to be a thought-provoking film that you need to sit down and watch.

Haven’t Watched The ZEE5 Original Series High Priestess Yet? Here’s Why You Should