From giving up to working hard and to finally making it big, Manga is truly a go-getter. Let's take a look at how she won us over again. 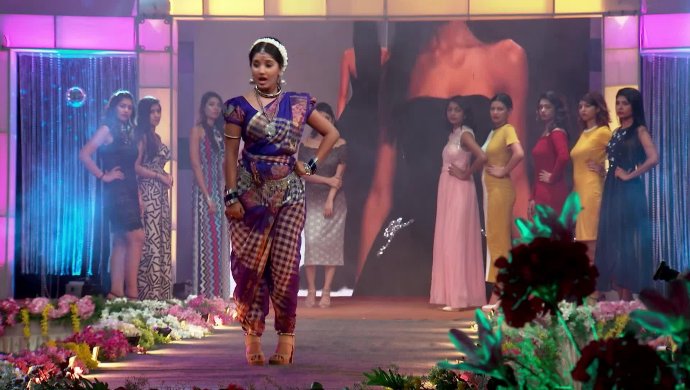 In the Telugu TV show, Kalyana Vaibhogam, Manga (played by Meghana Lokesh) has been going through a rough patch. First, she got to know that the woman behind most of her life’s mess, her lookalike Nithya, is still alive. Later, when Manga tried to bring her reality out in the open, she sought shelter and maintained her cover. When Manga decided to burst her bubble by participating and losing the fashion show, her husband Jai (played by VJ Sunny) asked her to win it. Too many things on poor Manga’s plate all at once. Isn’t it?

Honestly, we were sceptical about her breaking down and wanting to spill the beans. But the warrior lady held herself through and overcame all obstacles. However, a part of us was still unsure about the title. Can Manga, disguised as Nithya, really win the Miss Hyderabad title? Just like Jai, Swaroopa and Chary, although the chances are less, we were rooting for Manga. Chandrika, Prasad, Nithya and the rivals to Jai’s business were all waiting to see Manga’s downfall.

Gundamman has designed and stitched an outfit for Manga overnight while Manga perfected her catwalk. On their way to the venue, the ladies beat up the bad guys and made a rocking entry. Nithya, dressed in a burqa, tried to ruin her dress along with Chandrika and Prasad. When they found out that the dress was just like any other saree, Nithya decided to inject her make-up products with an allergic liquid. Just before she was supposed to walk, Chandrika spilled marbles all over the ramp. Yet, no points for guessing, Manga seems to have made it.

Unlike other models, Manga received no claps or appreciation. Even the judges started questioning her about her intentions and fashion choices. Like Jai, we all believed it was the end of the game. But hey! Manga isn’t someone who gives up so quickly. She walked on the stage once again and gave crisp answers to the judges. Haven’t you heard what she says? Check it out here.

Deep down inside, we really want Manga to win the title. But will she? Let us know in the comments below. Until then check out the latest episodes of Ninne Pelladatha on ZEE5.

Watch The ZEE5 Original Series Americal Abbai For Your Next Dose Of Entertainment, Streaming Now