Hawala Poster: Here Is A Glimpse Of Everything That You Can Expect From This ZEE5 Original

All the posters of the upcoming ZEE5 Original Hawala are out now. And if you take a good look at it, you might solve a few mysteries already! 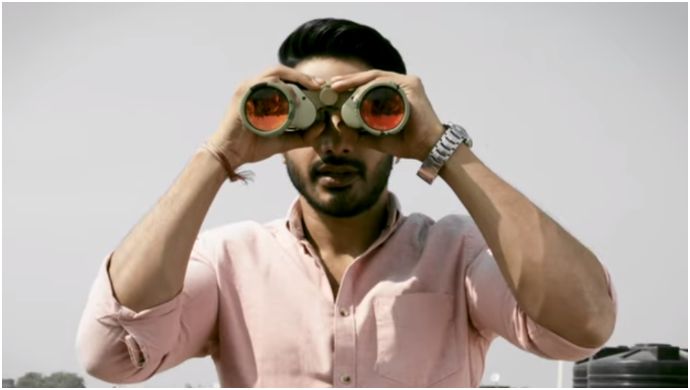 How can one not complain about content crisis! Too many good shows to watch but we have too little time. That is why a small heads up goes a long way. After delivering the benchmark series, Gods of Dharmapuri, ZEE5 brings to you Hawala. As the name suggests, the show is about money laundering set in the backdrop of Hyderabad’s old city. It chronicles the lives of two couples, Karan-Vani and Guna-Nisha, through six short episodes.

While there’s still time for the series to premiere, its posters have been stirring much interest and intrigue. Four main posters of the show are out now and once you take a look at it, you are sure to count down days for its release.

A man wearing rudraksha in his hand holds a gun on the other hand. While we can see the gun, the ones in front of him, cannot see it. That’s how you know that the show has people wearing too many masks. Where do you draw the line for morality?

Two men in the same circle and one lottery ticket. One wins it and the other finds it. What is right and what is wrong? If it is with you, is it really yours?

Two sides of the same coin. To every good there is bad and to every yin there is yang. As the wise once said, everybody crosses paths with you for a reason. But can one find it out before its too late?

How much money is too much money? Can you really claim ownership on a piece of paper that does not carry your name or identity? Well, there is a lot of food for thought. But the final answer is still hidden.

The six-episode series of Hawala premieres on ZEE5 exclusively on November 21. Stay tuned for it and check out the internet’s current obsession, Gods of Dharmapuri here.

Watch The Dirty Secrets Of A Small Town Unravel In The ZEE5 Original Kailasapuram, Streaming Now