Haven’t Watched The ZEE5 Original Series High Priestess Yet? Here’s Why You Should

Intrigued about the Amala Akkineni-starrer but haven't watched it yet? Read on to know why you should binge watch the series this weekend. 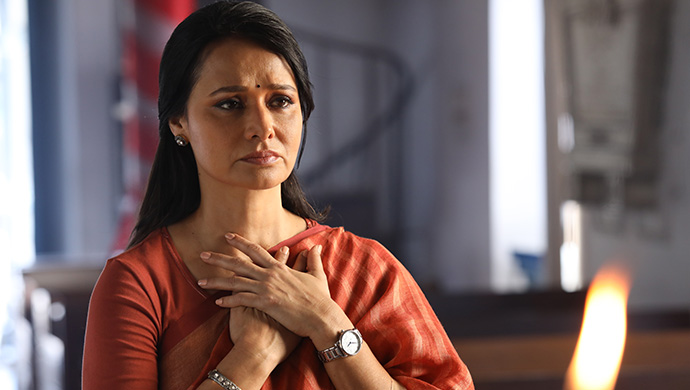 High Priestess, a ZEE5 Original web series starring Amala Akkineni, Kishore Kumar, Vijayalakshmi A., Sunainaa and other top Tollywood actors, has been getting rave reviews. Intrigued by the trailer but haven’t watched it yet? As the name of the web series suggests, High Priestess revolves around a tarot card reader. Read on to know why you should be watching this supernatural web series about a tarot card reader and psychic who solves people’s problems.

One of the top reasons should be Amala Akkineni’s foray into the digital world. A superstar in Tollywood, a popular actor in Kannada, Malayalam and Bollywood film industries, an animal welfare activist and an academician – she is all of them rolled into one. Amala plays the role of Swathi Reddy, a tarot card reader and a psychic with extraordinary abilities. Using her gift and knowledge, she helps people find a brighter path in their life.

She also feels the presence of supernatural elements who she deals with in a calm manner and even interacts with them. You might find the web series to be dark and spooky if you have watched the trailer, but the series actually has an element of joy and happiness when we are shown the flashbacks of Swathi’s life.

Amala says she had put in efforts in understanding and stepping into the shoes of her character. She had multiple talks with the director and her friend Pushpa Ignatius to bring out the best in Swathi Reddy. In each of its episodes, the series narrates different stories, and problems, which are all solved by Amala with utmost patience. There are elements of horror and supernatural, but there is also romance and drama. How about you check it out for yourself this weekend?

Birthday Special: No Matter What Your Type Is, Varun Tej Is Every Girl's Forever Crush

Here Are A Few Of The Many Reasons Why You Must Watch Devadas Ft. Nagarjuna And Nani