Have You Watched Karthi’s Chinna Babu On ZEE5? Wholesome Entertainment For You, For Free!

Karthi in Chinna Babu as Gunasingam is a whole mood during this quarantine. You can watch this film and entertain the whole of your family, for free. 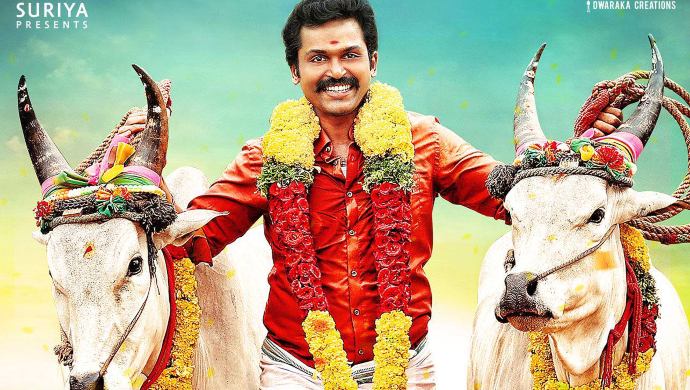 Spending time in quarantine is a bigger task than keeping yourself sane and motivated. However, this is also the best moment that we have. With all the free time in hand and no work to worry out, you can make the most of this isolation period. From spending time with the little kids to your ageing parents and beloved partners, take this opportunity to do something that you always wished for. And what better than a good and entertaining film, right?

Nothing connects people together as films do. So, get the whole of your family in front of the screen and watch actor Karthi’s Chinna Babu. The film is originally a Tamil one, titled Kadaikutty Singam, which means the youngest lion cub. It also features actor Sayyessha, who made her debut with Akhil, and Sathyaraj in an important character amongst others in the family drama.

The story revolves around Karthi’s character, Gunasingam and the familial problems that he is expected to fix. For starters, his father insisted on having a son after four daughters and so, decided to marry another woman. When his second wife gets pregnant, the family learns about the eldest daughter’s pregnancy out of wedlock. While they marry the daughter to her lover, misery strikes when his second wife conceives a baby girl too.

Much later, Gunasingam is born to the first wife and everything seems to have fallen in place. Gunasingam grows up to be a 10th-pass student. However, he lives happily as a rich farmer in the village. When he comes of age, two of his sisters wish to marry their daughters to Gunasingam. These sisters also happen to be at loggerheads because of the feud between their husbands.

At the same time, Gunasingam also falls in love with another girl named Iniya, who belongs to a family who has unresolved issues with his father. In such interwoven troubles. what will Gunasingam do? How will he save his family, his sisters and his love? Watch the film to find out.

You can also check out some amazing shows on ZEE5.

Get Live Updates on Coronavirus Outbreak on ZEE5 News

What Would Happen If You Received A Letter 23 Years Later? Watch Postman’s…

Something Easy, Something Light? Check Out These Amazing Mini-Series On ZEE5