Guess What Ninne Pelladatha’s Sarayu Roy Said To The Guy Who Proposed To Her!

The actor who plays the antagonist Sarayu, has many men falling for her. But guess what she actually wants. 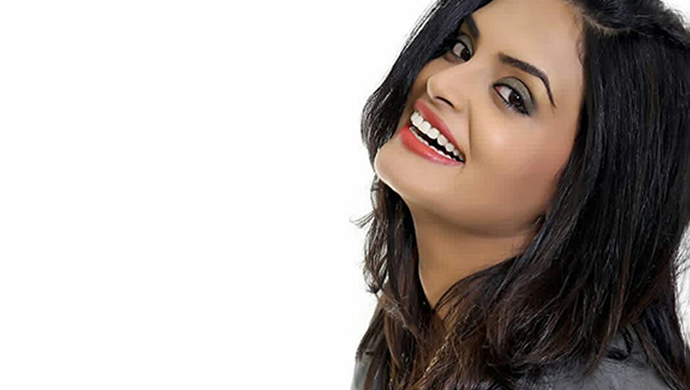 The popular Telugu TV show Ninne Pelladatha was her launching pad. Sarayu Roy, the lead antagonist of the Telugu serial, plays a wicked person who creates trouble for others. But off camera, Sarayu is a soft spoken and humble girl who only wants to live in the moment and have fun with the people she loves. Wondering about the love of her life?

In a video interview, Sarayu claimed that is happy being single and is currently not interesting in dating, relationships or marriage even though she has a legion of fans who can’t get enough of her charming smile. And while the Telugu actor has received many proposals, she has turned them all down. She also shared an instance from her secondary school days when one of the guys from her Math class was chasing her for a year but she ignored him.

Later, the boy went to Sarayu to propose to her again, and this time, he came with his mother. Now that’s bold! A shy and shaken 15-year-old Sarayu did not know how to react and finally said, “please talk to my mother”. Such innocence, much wow! What happened next, you ask? Sarayu’s strict mother asked the boy’s mother to keep them apart since both of them were children.

Later, during her college days, another boy fell for Sarayu and he openly accepted his feelings for her. In fact, this unnamed boy even wrote their names together on walls and benches. After making him wait for long, guess what Sarayu did? Said yes? No! Said no? No! One day, Sarayu approached him with a rakhee and made him her rakhee brother! (screaming internally boys?)

Sorry men! Sarayu isn’t looking for you. But you can watch her on ZEE5 in Ninne Pelladatha. Or you can check out the weirdest love story in ZEE5 Original What’s Up Panimanishi!

Get Ready To Relate To The ZEE5 Original College-Drama B.Tech!

Allu Arjun's Swiss Vacay With His Family Is All Things Love