Guess What! Ninne Pelladatha’s Mansi aka Sree Priya Has The Funniest Nickname Ever

Recently, Sree Priya revealed the nickname that was given to her years ago. We bring the funny name and the funnier story to you. Read it here. 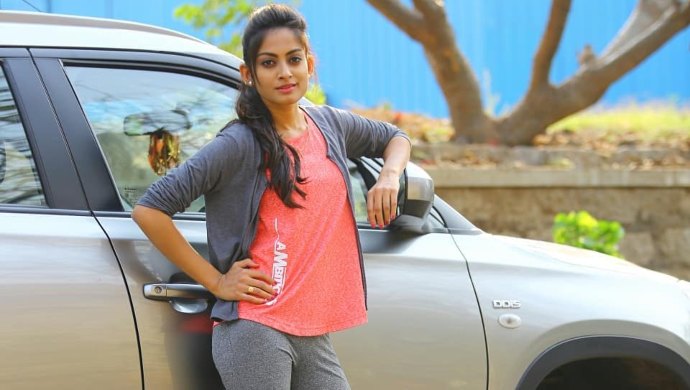 The ZEE Telugu show Ninne Pelladatha gained popularity instantly with the youngster. The show revolves around Madhu, Mansi and Mrudula. While Madhu and Mrudula are the couple who cannot get enough of each other, Mansi is more dynamic. She is sometimes angry, sometimes moody, sometimes grim but all the time entertaining. Recently, the 24-year-old actress, Sree Priya gave an interview to a leading chat show host and we must say… the revelations are worth it.

Watch the latest episode of the show here:

Mansi is known to be the one with extreme mood swings. Albeit Sree Priya has one mood and that’s to have fun and make the most of every moment. Of course, her mischevious behaviour brings many fun stories to us. In the interview, Sree Priya revealed the story behind her nickname and we totally had a good enough at it. The younger Sree Priya was given the moniker of “Peeka” by her elder brother.

When asked about the story behind this weird name, she revealed, “I used to be a thumb-sucker for too long. My mother would pull my hair apart but I would continue it. So my brother gave me the name ‘Peeka‘”. For the unversed, Peeka is a colloquial term that is used to refer to the teet of a baby’s bottle. Well, that’s not all. Sree Priya has yet another moniker.

During the course of the interview, Sree Priya also revealed the other name that was given to – once upon a time. And that is “Sweety”. She also revealed that nobody calls her by the name anymore. We think it’s because everyone noticed that she isn’t is sweet and nice types. Because, clearly, she is the fire and ice types. What do you think should be her new moniker?

Let us know in the comments below. Stay tuned for more episodes and latest stories on your favourite shows. Check out the fun show What’s Up Panimanishi on ZEE5.