Here is the man who brews conflict in the upcoming ZEE5 Telugu original series, Gods of Dharmapuri - Pratap Reddy 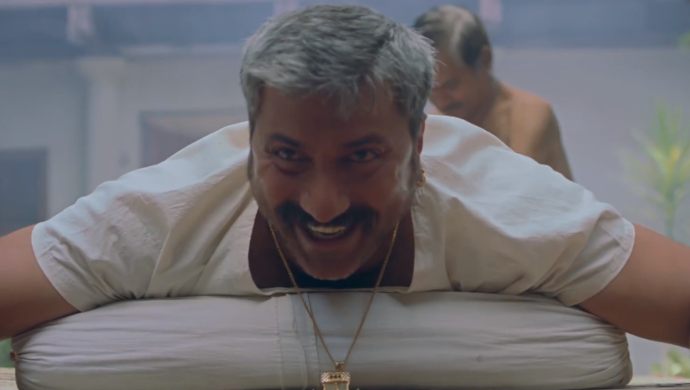 The levels of crime on ZEE5 are all set to raise. With its latest original series titled Gods of Dharampuri, ZEE5 brings you a story based on true events and a set up that is never before seen in the Telugu OTT space. There is lust, greed, powerplay, mafia, politics and a whole battle for Dharmapuri. If you enjoyed NERD, Dhrusti and the likes, you do not want to miss this one. Directed by Tollywood celebrity Anish Kuruvilla, Gods Of Dharmapuri comes to you soon.

Earlier, we met the leading man of the series – Venu Reddy played by Satyadev Kancharla. But what’s a story without a conflict, right? So, let’s meet the man who brews conflict in the town of Dharmapuri. Meet Pratap Reddy, played by the one and only Raj Deepak Shetty. In the trailer, we see him for a couple of seconds only. But whatever we see, says a lot. Just like his character.

In the trailer, he slits a throat as easily as biting into an apple and picks fights wherever he can – inside the house or out in the streets. We get an idea of his power the way his cold eyes pierce into the eyes of the doctor who treats him after an accident. At one point, he laughs out loud. And no, this laughter will not make you laugh along with him. It will instill fear and explain his burning rage. But what is this rage about? What about the people around him? How do they live next to him?

Find all your answers in the 10-episode series, Gods of Dharmapuri on ZEE5, streaming on October 23, 2019. For now, check out Amala Akkineni’s digital debut High Priestess here.