You can make your 2020 amazing, by watching bigger and better stories on ZEE5. Don't forget to avail the special discount code! 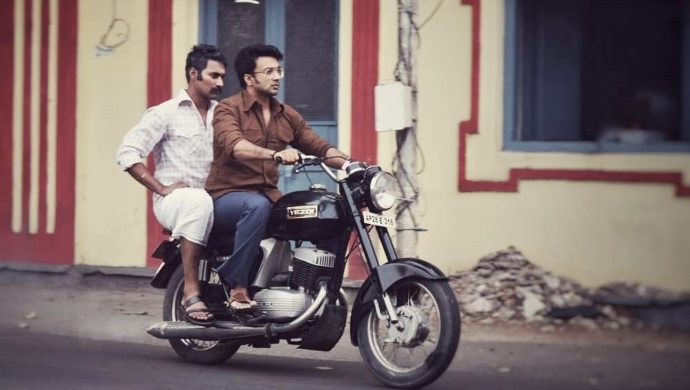 2019 was an interesting year for content makers and viewers. From experimentation in commercial cinema and recognising independent cinema to witnessing amazing original digital content, Telugu audiences have had an extraordinary year. Now that the year has dawned upon us, we expect to climb higher and reach newer heights. While creators are putting the best foot forward, audiences are turning more and more critical. And at such a time, ZEE5 Telugu is all set to impress its viewers. Let’s take a look at what ZEE5 had to offer last year.

We started 2019 with the hilarious show Mrs. Subbalaxmi starring Lakshmi Manchu and Srinivas Avasarla. It gave us hope to see content that was tailored for Telugu audiences and sensibilities, which also has a mass appeal. Amala Akkineni’s digital debut with High Priestess shook us all to see the potential that our creators had all along, but were unleashing only now. Chasing through the many doors, the bitter and true story of a small town, in Kailasapuram, shook us with its sheer creativity.

Original films like Dhrusti made us want more, and then we found the gem – Gods Of Dharmapuri. Just like the show’s lead actor Satyadev Kancharana expected, this show set a new benchmark for OTT content in the regional space. G.O.D also made a roar, loud and clear, to let the world know that we have arrived! Thankfully, we also always go back and witness its magic. However, the hunger for more continues to grow. And, ZEE5 seems to have an exciting year ahead.

Soon, we will enter into the world of 11 individuals, whose lives are intertwined with love and pain, in Anaganaga. The seven-episode show is set to launch on January 23, 2020. Next, in line, is the Srikanth-led show, Chadarangam. It’s said to be a power-story, with stellar actors from Tollywood. Loser and Expiry Date are two more shows that will be here to keep us hooked to the screen. More details on the shows are yet to be announced. Not only that, the classic Telugu sit-com, Amrutham, will be back with its second season.

Exciting, isn’t it? You can watch it all, and more, at a discounted price on ZEE5 this Sankranthi. All you have to do is use the PROMO CODE: ZEE5SAN30 to avail a special 30 per cent discount on the annual subscription pack. The code is valid till January 20. This year promises to be bigger and better. Stay tuned for all the updates and stories, and don’t forget to watch all the amazing shows right here.

Ala Review: This ZEE5 Original Film Encourages You To Keep Going Ahead In Life