G.O.D Reviews: Audience And Critics Rave About This Gritty And Gripping ZEE5 Original

Along with us, the audience and the critics are all about high praises for the latest ZEE5 Original, Gods Of Dharmapuri. Here's what they have to say 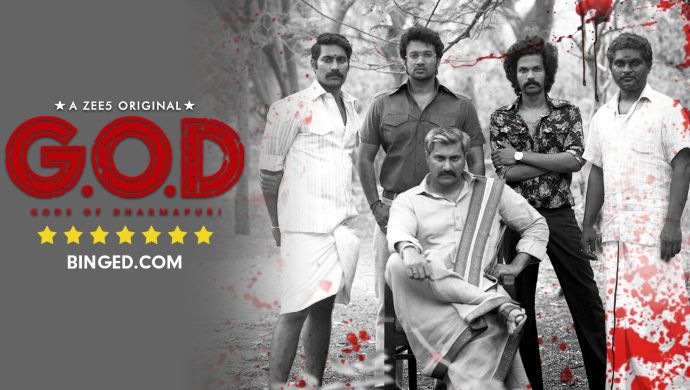 It’s been 13 days since Gods Of Dharmapuri landed on ZEE5. Prior to its release, the 10-episode series promised to be the first of its kind. Well, the least we could say is that G.O.D has made us proud. It’s refreshing, authentic, highly original and creative. Right from the trailer to its climax sequence, we waited to see what was to come ahead. Now that it’s over, we’re hoping Season 2 lands soon. While our wait could be longer than sooner, you should catch up on the series before it’s too late.

Just like us, many people out there have been all praises about this ZEE5 Original. Tweets and Instagram stories from creators, aspiring filmmakers and viewers have been flooding in by the minute. And if you’re still doubtful about watching this gem of content, here’s why you should. Many reviewers have been gung-ho about this show, too. Srivathsan Nadhadur, reviewer for the online portal binged.com writes, “the best performances come from the unexpected names – LB Sriram, Sruthy Jayan and Karthik Ratnam.”

Talking about the series, he writes, “The men here may wield the power, but the women complete their world.” “Just like the Kurukshetra episode in the Mahabharata, the battles in the village are fought for their justice. There’s deceit and manipulation in every corner.” Srivathsan sums it up as, “An absorbing rural drama about power politics”.  Popular platform LetsOTT.com gave 4 out of 5 stars to this show.

Giving due credit to the director, it shares, “The Anish Kuruvilla directorial ticks nearly every element you would expect from a rustic political drama set in the 70s.”, “Gods of Dharmapuri a.k.a G.O.D doesn’t aim to be just any other Telugu web series, it is a statement that the regional segment in the digital space has arrived. That it does with great success, breaking new ground in terms of rooted, sincere storytelling.”

What are you waiting for? Stream Gods of Dharmapuri, exclusively on ZEE5. Stay tuned for the next release, Hawala, coming to you on November 21.

5 Moments From All Of Our Favourite Television Shows That Made Us Go "OH MY GOD!"