The director of ZEE5 Original Gods Of Dharmapuri, Anish Kuruvilla shares his thoughts about the show & the world he created in part 1 of his interview 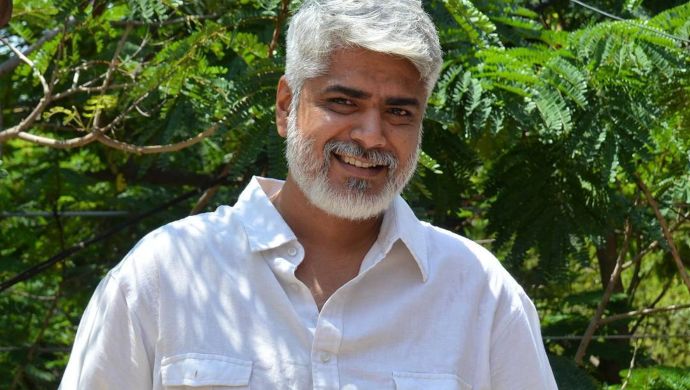 Ever since the trailer of ZEE5 Original Gods Of Dharmapuri released, it has piqued the curiosity of viewers. Set  in the fictional town of Dharmapuri, the 10-episode series, which premieres on October 23, traces the journey of a family, over decades, and its quest with power, politics, crime and greed. It stars Raj Deepak Shetty, Satyadev, Sruthi Jayan and Karthik Rathnam in the lead roles and is completed by other strong performers. Through the looks of the trailer, the show seems highly promising. The makers of G.O.D hope to push the envelope further and set a new bar for Telugu content on the digital platform with their show.

In order to understand the dynamics behind G.O.D, we caught up with the director. Popularly known for both, his acting skills and his directorial ventures, Anish Kuruvilla shares his thoughts in a candid conversation. Read the edited excerpts below:

Q. How did the journey of G.O.D begin?

A. The idea was presented to me by my production company (Ellanar Films) as a story idea. Radhika Lavu, my producer, spoke about this story that we were developing. I had a look at it and wanted to do my own version of the screenplay. I was keen to make my kind of gangster story. Luckily for me, Radhika and ZEE5 were on board with revising it. Over the course of a few weeks, we sat down and rewrote the entire script.

A. I like to call it a family gangster saga. Through the course of the story, you follow a family — one man, a migrant labourer, and his wife and two children who move into this fictional town of Dharmapuri. The show follows their lives and their journey, how this character makes his way up the ladder and there are several conflict points within the region of Dharmapuri. There are so many god-like figures. It sets off like a chain of events and conflicts. The entire story pans over a period of 16-17 years. We start in the ’60s and it moves into the late ’70s, like a different dynasty. The kids grow up. And we follow their lives from the mid part of the show.  Like any gangster saga, it’s a story of violence, rebellion and revenge. But also has love and compassion, drama and emotions.

I wanted to do something that was aesthetically pan-India while it retains its regional authenticity. A show that could be watched by anyone across India or even globally. That was our approach to produce a show that looks really cool and is relatable to everyone in any part of India. So that’s kind of the tapestry.

Q. Can you elaborate a little about the god-like figures?

A. They are people with a god-like complex or those who assume or want to control others. The reason we titled it G.O.D, is mainly because of its characters. It’s an ensemble cast. While the emotional connect is with the family, there are so many other characters that the audiences will relate to. Everyone’s here with a god-like complex, an entitlement of power and control over people. And conflicts emerge because of it, over years and decades.

Q. What makes this show different from all the other Telugu OTT content?

A. As far as Telugu OTT content is concerned, its not typically very ambitious. With storytelling or the way of taking the shots, people have not tried to push the envelop further. It has mostly been in a very safe zone. I felt like, our audience is watching great content on Netflix and Prime like Sacred Games, Mirzapur and The Family Man – more recently, I wanted to make content from the south that was on par with those shows -the best that India has to offer. For me, the term OTT does not mean that the content has to look or feel a certain way. I still approach it like cinema. For me, I am essentially making a 6.5-hour-long feature film that is in 10 chapters.

My idea was if I was to get into the OTT space, I have to make the shows which are cinema-like, in their aesthetics and give audiences more than a bang for their buck, in terms of just like experience, whether it’s richer storytelling, richly detailed characterisation, more richly detailed plots.

Q. How did you develop GOD?

A. I tell this thing to my writing team – people who are writing this are gods. They are kind of creating characters and charting their destinies. So while writing about these characters who have god-complex, my writing team and I talked to ourselves like we are also like gods. We are developing stories and characters and deciding on their destinies, right? So, we all felt that the writing process was very nourishing. It was good for the soul. From a pure exercise point of view, it was a good experience.

Stay tuned for part two of this interview where the filmmaker shares his thoughts about cinema, the craft of storytelling and more. Read more about the show here. ZEE5 Original G.O.D releases on October 23. For now, enjoy Mrs Subbalaxmi starring Lakshmi Manchu on ZEE5.

Monday Motivation: Sudheer Babu's Transformation, Without Supplements, Is What We Aim For