Read what the debutant director has to say about his thriller, ZEE5 Original Dhrusti, that got us thinking about how a murder mystery can be this fun. 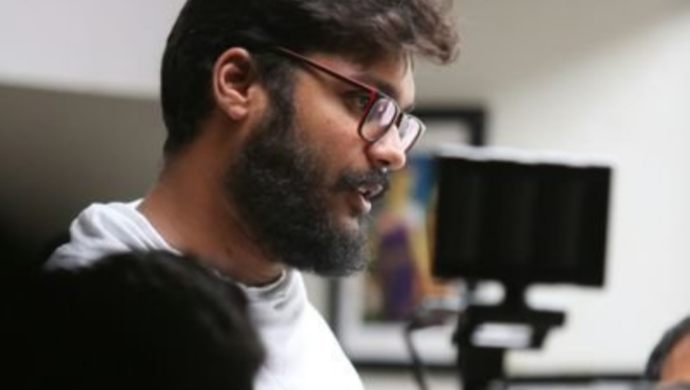 Making a movie sounds like all sorts of fun. But the ones making it know what the drill feels like. Yet every day there is a new hope of creating something new and unseen. One such filmmaker is Ram Abbaraju — the man behind the latest ZEE5 Original film, Dhrusti. A murder mystery that makes you laugh and giggle, and gives a social message, Dhrusti has set a new standard. We spoke to Ram, the director, about all things Dhrusti. Read the edited excerpts from his interview below.

Q. Tell us about your journey before Dhrusti?

A. Before making Dhrusti, I have been in the industry for about nine years. I have worked on films like Nippu with Ravi Teja, and I have worked with Sai Dharam Tej, Jakkanna with Sunil. I have also worked with a few big and upcoming directors. But finally, when I decided to make a film, I wanted it to be an independent project, although small-budgeted.

Q. How did Dhrusti happen?

A. I wanted to make a thriller. So I sat with my writer and worked on the script. But because the resources were limited, we dived into the thriller early on in the film. Once that was done, I narrated it to the lead actor, Rahul Ravindran. He liked it very much and from there the project just took off. And the producer (Manohar of M Square Productions) happens to be my cousin, so it’s like a home production.

Q. Any point of reference or inspiration for the story?

A. Yes, yes. I was inspired by Alfred Hitchcock’s films, like a Rear Window or maybe Psycho. And we were inspired by a few others too. And then we started writing it with Telugu interrogation angle.

Q. How did you manage to keep your thriller film so light-hearted and fun?

A. Actually, Rahul has been a lover-boy on the big screen. If I was to cast him in my film, people wouldn’t want to see something deep and dark. They would want to see something nice. And I wanted to bring that out. I wanted it to reach the maximum audience, so I gave it this approach. From children below 10 years to people of 60-70 years, everyone can watch Dhrusti. It has no adult content or grimness. It will appeal to everyone. There’s also a message about street children.

Q. What’s your experience of working with popular Tollywood actors like Ravi Verma and Satya Prakash?

A. They are very encouraging and extremely professional. Everyone here was a senior artiste. They did not need more than a single take. We completed the film in almost 18-20 days. This atmosphere is very encouraging for an upcoming director. In this process, even we can learn many things from them.

Q. What were the learnings that you took away from these actors?

A. There are many things. Like punctuality for instance! They would be on the set at the given time, no standing around or talking to people and cracking jokes among each other. Other than the lunch break and after the pack-up, yes, there were moments. But during the filming hours, I had to make a movie and we were doing that. And since it’s a thriller, they were into their characters. They would be discussing their lines or clearing their doubts. The main thing to be learnt from them is sincerity and dedication to work.

Q. What do you think about the cast?

A. I am very happy about the cast. It’s actually more than a dream cast. I got to work with Vennela Kishore and he’s a big comedian. And they’re all such big names. They did it for a small-budget film because everyone believed in the script and the subject.

Q. Did you take any direction tips from Rahul Ravindran, considering he was also making a film almost simultaneously?

A. Yes, he was directing a film after Dhrusti. And no, I did not. He’s entirely a director’s actor. When he’s acting, his complete focus is on acting. When he’s directing, he is thinking about direction. But he did not interfere about anything. Maybe he’d ask a few doubts about the character. But once it’s done, it’s done.

A. I am working on another script, it’s a female-oriented film. I will be signing it in the next 10 days. But there’s not much that I can reveal about it.

We are hoping to see more of such fresh takes on films from the director and wish him the best for the future. Read interesting interviews here. For more entertainment, watch High Priestess on ZEE5.