In part 2 of our conversation with Kowshik Bheemidi, the writer-director reveals what things he kept in mind while helming the ZEE5 Original 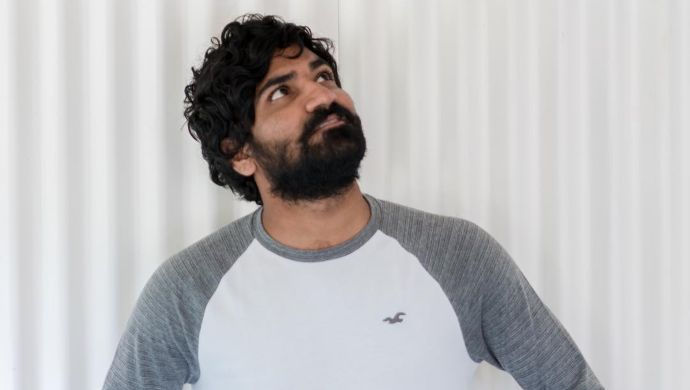 In part one of our conversation with the director of ZEE Original Hawala, Kowshik Bhimeedi, we spoke about what promoted him to write and helm Hawala. In part two of our interview with the filmmaker, we dig into the nitty-gritty of his filmmaking process and what has been his inspiration. Read the edited excerpts from our conversation below.

Q. How did the production begin?

Earlier last year, I made a demo project named Mayday which was also a crime thriller. Kajal Aggarwal launched the trailer and it instantly went viral. That’s when Tamada Media approached me for a mini-series. They asked me if I had concepts for shows. I told them about this one, but the budgets were too less for my product. So, I thought I’ll about it. But slowly my team started to fall apart and that’s when I decided to jump in. A few narrations later, Hawala materialised. But it was very tough.

Q. Why was it tough?

The production house wanted an outsourced product. There was no EP or LP on set with us. We had to do it all on our own. It wasn’t easy to shoot in live locations guerilla style for almost 35 days. Many of the team members dropped out because of that. Initially, it was difficult. But the lead antagonist, Tarun, who is a close friend, helped me out and doubled as an EP too. It was challenging but equally fulfilling.

To entertain such grown-up audiences, we have to be way ahead of them.

Q. How long did it take you to go from a draft to a complete product?

It was shot in about 40 days, around March this year. Our rough cuts were ready by August. The editor was busy with other projects, so the post-production was pushed further. ZEE5 joined in at this time too. They had a few suggestions and we had some patchwork. It was difficult to shoot after six months of gap. But we were all still in sync. So, we pulled it off. And by October, we had the finished product.

Q. Why so many grey characters at once instead of the conventional good v/s bad?

It was while auditioning that I realised that all these characters have a grey streak. I don’t know what made me write these characters. I am a very boy-next-door guy. It was probably the music I was listening to. For intense genre, there’s Eminem, Divine and so. There was some unknown process that happened inside me that it came out this way. Though, I am a very huge fan of rom-com.

Q. You seem to have explored too many concepts, all at once, in your maiden project. Is there a reason?

I’m only 27. When I was young and used to go for movies, I could hardly say whether it was good or bad, hit or flop. But look at the audiences now, see where they have reached. They are judging the content by saying that the story is good, the screenplay is bad; acting is okay, music is not bad, pre-climax is okay. The way the audience has evolved, it is challenging to imagine the position of a storyteller now. To entertain such grown-up audiences, we have to be way ahead of them. That’s why I was never settled. If the scene came to me too easily, then it won’t have a strong impact. That thought made me add more layers.

Q. Why did you go to the old city of Hyderabad instead of creating a fictional world?

I’m born and brought up here. My characters are very real and from the old city. I always felt like there should be something based here, very authentic and very cultural. People have seen the culture of Mumbai, Kolkata, Bihar and other places in movies. But nothing has depicted the old city of Hyderabad as it is. So, I thought delving deeper into it and its richness will help the story.

We were like the four pillars of Charminar to this show.

Q. Tollywood is the largest producer of films in the country. Do you think none of the films has done justice?

I can frankly say, no! Because while I was in the process of guerilla style filmmaking, Charminar was booked for a shoot. It was a big-budget feature film. In that way, everything is set up. It wasn’t as authentic. They can recreate the scenario but not capture authenticity. Also, when you revisit old films, you will find yourself thinking about the locations, how they were and how they’ve become. Maybe I wanted to gift it to myself. Twenty years later, I’ll revisit this project and think okay, Charminar was like this back then.

Q. What are your parting thoughts?

We had to shoot intense sequences in front of Charminar, amidst a crowd of at least 200 non-cooperative people midday. It took us 10 mid-days, artists and the crew were exhausted. Slowly, everyone warmed up to us. I’d like to thank them. My cast, Tarun especially, my DOP Revanth, and my composer Anand… we were like the four pillars of Charminar to this show. It took a year. We don’t know what happens next, where we will go. But it was a joyride. That’s why I like to think of it as a success.

Watch Hawala on ZEE5 to know the director’s authentic world better, stream now. You can read more about the show here.

Sugar, Spice And All Things Nice! Meet The Three Ladies In Three Half Bottles