We caught up with the young Snehal Kamat, who plays Sailaja in the gritty ZEE5 Original Series. 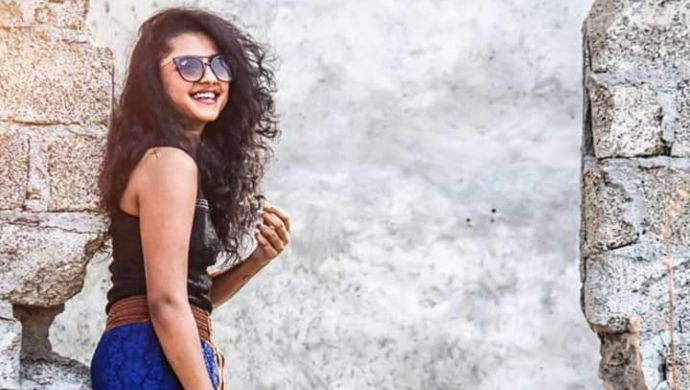 With the quick success of Kailasapuram, you cannot help but take notice of the girl who does everything effortlessly. From smoking pot and cigarettes to chugging beer straight out of a ‘khamba‘, Shailaja is the character you will not forget easily. Despite being an intermediate student, Shailaja has the poise of a lady. In one scene, she is out there rebelling for what she wants and in the next, she shrinks into complete vulnerability. Shailja rises from her ashes and becomes the protector of her people in a way, in this ZEE5 Original Series. Actor Snehal Kamat gracefully embraces the good and the bad of her character and brings out a wonderful performance.

The up and coming actress spoke to us over a call as she awaited the big screening of web-series. Read the edited excerpts of the interview here:

Q. How was the experience working in Kailasapuram?

A. The experience was wonderful. This character was something I have wanted to play. So far I have been acting in either love stories or stories about friendship. It was good, a thriller was a good experience.

Q. What made you say yes to the project?

A. The content was particularly good. I liked the whole story rather than focusing on the character. So I said yes to the project.

Q. How did you prepare for your role?

A. I was too nervous before the shoot. I had actually not prepared at all for the shoot. And this was something that’s totally new for me. I had to work on the accent. I am not at all good in Telugu. I am totally new to this language. I even had some problem in managing the language but rest everything was good. People here made me feel comfortable with everything.

Q. Were there any apprehensions about playing such a bold character on the screen?

A. Yes, there was. But I discussed it with my mother. She said if the entire story is too good then it doesn’t make any sense to miss out on the project for a few scenes. Both my parents were very supportive actually, big thanks to them. I was able to do all of the things required, easily.

Q. Any lesson you learned on the sets of Kailasapuram?

A. We shot outdoors for almost a month and a half. I was away from my family, so I did learn a lot like that. Like, I am too lazy to wake in the morning. But while shooting, I used to wake up in the morning all on my own. I looked after my own health. Coming to acting, yes, I did learn a lot since this was an entirely different experience compared to what I usually do. So this helped me as an actor.

Q. What would you suggest to youngsters who find themselves stuck in drug addiction?

A. Even though in the show, we nowhere say that don’t do drugs, we show the bad side to it. Obviously, these days telling people to stop doing it isn’t working. So we rather show them the consequences of doing drugs. Anyone who watches Kailasapuram will take home something.

Q. Did you relate to the story?

A. Not really. But it was the friendship part that I could relate with, but nothing else. And I am glad there is nothing else.

Q. What’s your fondest memory on the sets?

A. There are many. The set was our only home for a month and a half and we were like a family. So every day was a memory. If I had to pick one, it’ll be the party that we had after the pack up.

A. I am working on three more web series’ that are due to release this month itself.

Want to watch another web series? Catch up on Amala Akkineni’s High Priestess on ZEE5.

Watch Ram Pothineni In His True Blue Hyper Self In The Film, Only On ZEE5