EXCLUSIVE: Snehith Was Much Of An Underplay, Says ZEE5 Original Ala Actor Ankith Koyya 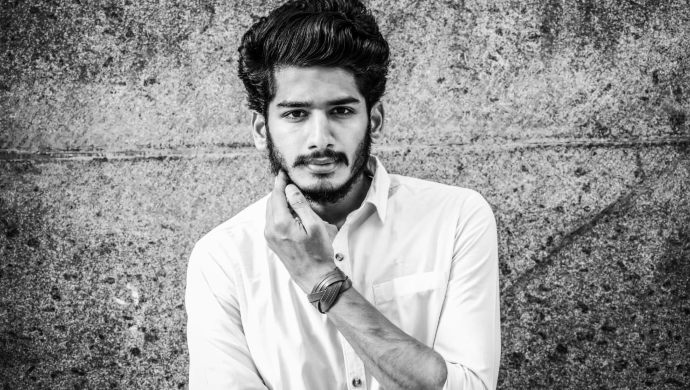 The latest ZEE5 Original film, Ala is a coming-of-age tale and explores mental health issues through a story involving a bunch of youngsters. One in this lot is Ankith Koyya, who plays the role of Snehith, a character essential to most of the film’s story. For many, he may come across as a new face on celluloid, but the 24-year-old B.Tech graduate has already won applause and awards for his work.

Ankith embraced his knack for acting during his undergrad days and went on to perform in many colleges, including at IIT Kharagpur. Allu Arjun shortlisted him to share screen space for an advertisement and thereon, there has been no turning back. After the Stylish Star himself, Ankith shared the screen with Naga Chaitanya as his best friend in the recent hit film, Majili. Before making his mark on the 70mm screen, this petite boy bagged a SIIMA award for the Best Supporting Actor for his first and only short film, Yedhane Vadili Vellipomake.

Post the successful release of Ala, we caught up with him over a phone call and spoke about his journey through stage plays to feature films and more. Just like his character Snehith, Ankith too is a person full of layers, who leaves enough room for mystery despite talking his heart out, in the most charming ways. Read the edited excerpts of the interview here:

Q. How was the experience of working in Ala?

A. Ala is my first experience, in a way, where I played a character for two hours. Meeting someone like Sarat (Palanki, the director) sir and the way we shot the film was really good. We shot for the film while I was completing my undergrad. I was simultaneously shooting. It was a great learning experience, I would say. All the things that I could have or would have learnt after two-three films, being with Sharath sir and playing Snehith, I actually learnt a lot here.

Q. What exactly do you mean by a ‘great learning experience’?

A. The character, Snehith, keeps a lot to himself, especially about what he experiences. He is kind of an introvert, who is very particular about what he shares and with whom. Then comes a point where he is so broken and is such an introvert that he cannot even share it with his one friend. He became such a recluse that he chose to die. It was much of underplaying. Although I say that it is a learning experience because of Sarat sir, I equally have thought a lot while reading the script. I have tried to look into a lot of perspectives as to how a person like this behaves.

Q. How did Snehith happen to you?

A. When I first met Sarat sir, I spoke to him about my previous work and he actually liked what I had done. He thought I would be fit to play Snehith’s role. I was asked immediately to audition for the role by enacting the pre-suicide monologue and I could cry without glycerin during the audition. So he thought ‘okay! this is the person I can kill in the film’ (laughs). He thought I fit that role because I look innocent, that’s what he told.

A. The fear that I had, didn’t let me walk on the set without any preparation. I don’t think I will ever do it either. I actually did prepare for the role by regularly reading about Snehith’s character. There wasn’t much that I needed to do. Because Sarat sir wrote every single detail – from how he was born to what his parents were doing to everything else. A lot of preparation happened by discussing with Sarat sir. Apart from that, I used to listen to songs that were close to this characterisation, just before going to the sets or before doing scenes. As a music lover, it really changes my mood. I would set up myself into such a mood that I really used to go crazy. Having my earphones on, taking my time off, being silent.

Q. What were a few of the songs that helped you tune into the character?

A. One is from the film itself, Alaloni nurugallo sung Vijay Yesudas sir, who sang it so beautifully. Listening to it a couple of times, anyone will have tears in his eyes. That was one particular song that I listened to, 7-8 times before doing the pre-suicide monologue. I would like to give credit to that song and this man’s voice of course, oh my goodness.

Q. What was the brief given to you for playing Snehith?

A. To be very honest, I wasn’t told much about the character when I was offered this role. Probably because my audition clip made Sarat sir believe that I could pull it off. The characterisation that was given to me was the only brief that I had. One of the biggest assets that this man has is that he writes characters so well. You already get a 2-3 page character sketch. For all my doubts, Sarat sir gave me the inputs that I needed to incorporate.

Q. Did you, at any point, relate to your character Snehith?

A. Personally, no. I am a totally different person, altogether. Maybe the one thing was that I look like the boy-next-door and I look innocent.

Stay tuned for part two of our conversation with Ankith Koyya. In the meantime, check out the Lakshmi Manchu starrer Mrs Subbalakshmi on ZEE5.