Kick-starting your career playing the role of an addict is tough. But this 18-year-old handled it with ease. We caught up with him for a chat. 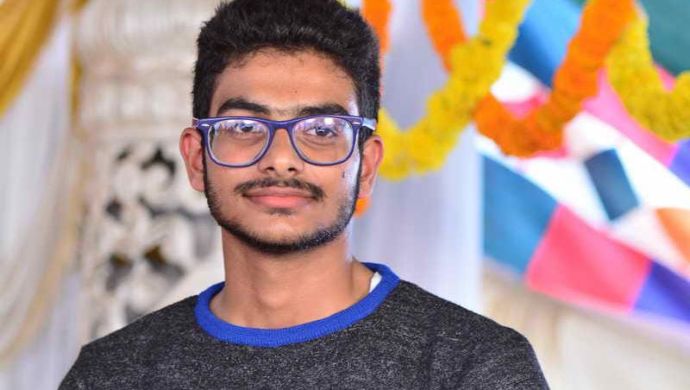 The latest ZEE5 Original series Kailasapuram dives right into the silent streets of the small town with the same name and digs out its dirty and messy secrets. The six-episode series explores the faceless mafia and drug lord while also emphasising on the lives of five intermediate students who find themselves stuck deep in the  trap of drug addiction. Palakurthi Vamsi Krishna is the youngest of the lot, who plays Seenu. He is the comic relief and also the pampered one in the gang. He hangs out with his seniors and tries to follow their footsteps without looking at what lies at the end of the tunnel. Vamsi’s character, Seenu, starts off as a reckless teen and ends as the young son taking responsibility for his weak and poor mother.

In an exclusive chat with the 18-year-old Vamsi, we spoke about his journey through Kailasapuram and his experiences of being on the sets for the first-time ever. Read the edited excerpts of the interview here.

Q. How was the experience working in Kailasapuram?

A. I feel very proud to be associated with Kailasapuram. It was the best experience. I never thought I’d do something like and this is my first project, too.

Q. What made you say ‘yes’ to the project?

A. The story comes too naturally. And it is based on true events, so people will naturally connect to the series. So, I agreed to it.

A. There was no such preparation. We did not have any workshops. All we had to do was to go on the sets and follow the instructions of the director (Bhargav Macharla).

Q. Any lesson that you learnt on the sets of Kailasapuram?

A. I learned many things… I learned how to interact with people. And how the atmosphere is on the set. Since everyone else was a little experienced, it was fun to be with them. I am new to this and all I wanted to do was act. So, I did whatever I could understand. But the director always okay-ed the shots. It was a very good experience.

Q. Did you relate to the story of Kailasapuram?

Q. Your character is almost like a comic relief. Did you intend to do that?

A. Actually, I did not. I was only looking out for something that is a good character and something that I could do. And that’s when Kailasapuram came to me. The story was good and so was the character, so I went ahead.

A. I have a few projects, but nothing has gone on the floors.

We’re hoping to catch a glimpse of Vamsi once again on screen soon. You can watch the series here or check out the popular Amala Akkineni starrer High Priestess on ZEE5.

Relive You Ambitious And Happening College Days As You Binge Watch The ZEE5 Original Series B.Tech