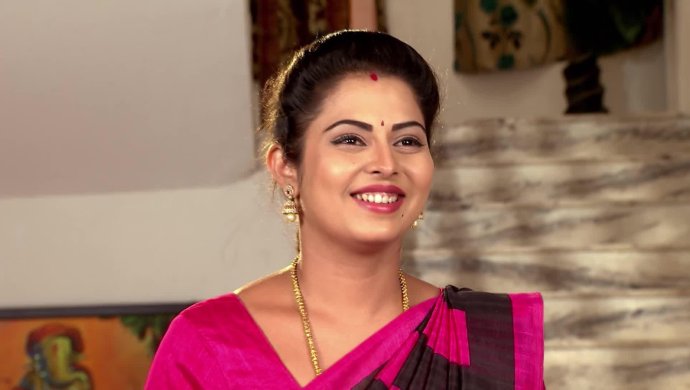 The popular Telugu TV show Ninne Pelladatha has kept its audiences hooked successfully for over a year. The Telugu serial revolves around three youngsters — Mrudula, Madhu and Mansi. Madhu and Mrudula are happily in love but have to constantly fight for their happiness. Recent developments in the show reveals that Mrudula, played by Bhoomi Shetty, dies in a car accident that was planned by her arch enemy Sarayu. Madhu is incredulous about Mrudula’s death despite having lit the pyre himself. He firmly believes that Mrudula is still alive somewhere, safe and sound. Well, turns out his belief and the fans’ hopes have come true.

Earlier on May 21, 2019, actor Bhoomi Shetty confirmed that she will no longer be associated with the show Ninne Pelladatha or the character of Mrudula. Yet in the last episode telecast on May 22, 2019, we saw that Sarayu picks up a call on Madhu’s phone. They inform her that a girl was found in an accident site and is under their medical care. We also saw shots of Mrudula on a bed with extremely slight body movements. Now the news has come in that not Bhoomi, but a new girl has been offered the popular role of Mrudula. We exclusively reveal the actress here.

Actor Madhubala will now be seen as Mrudula in Ninne Pelladatha. Currently, she is playing the role of Vaidehi in the Telugu serial Gruhapravesam. In the last episode, stark similarities between Madhubala and Bhoomi were seen. It will be interesting to see how Madhubala takes over the character of Mrudula. Hereon, the story line of Ninne Pelladatha will also see a brand new twist. What will it be? That’s what we’re waiting for.

Until then, you can head to ZEE5 and check out other shows like Maate Mantramu, for some light-hearted entertainment.

Get Ready To Fall In Love With Akhil Akkeneni All Over Again In Mr. Majnu

Exclusive: Was Drained Emotionally By 98.73 Per Cent During 47 Days, Says Actor Satyadev

Wow Wednesday: 7 Pictures Of Kriti Garg From Raahu That Will Make You Want A Vacation

How About A Kiss