EXCLUSIVE: Kailasapuram Turned Out To Be Better Than I Expected, Says Director Bhargav

Director Bhargav Macharla is a happy man. He talks about his experiences, working with fresh talent love for thrillers and more. Read here. 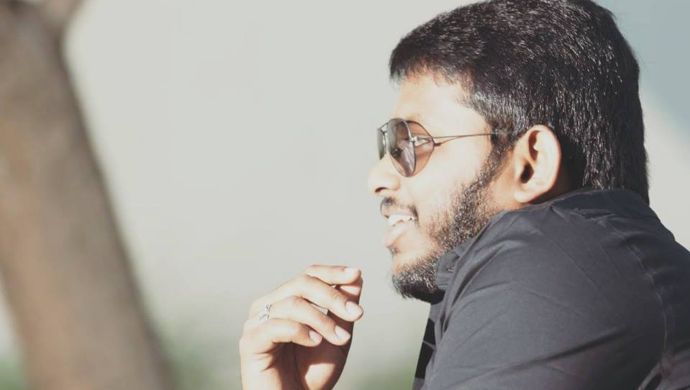 Kailasapuram, the latest ZEE5 Original series, is named after a small township in the city of Vishakapatnam. The series explores the dark secrets of the drug trade in and around Kailasapuram. The director, Bhargav Macharla, tells the story through a bunch of fresh talented actors who ace their performances. Although the episodes last 20-30 minutes each, a lot has been carefully packaged in the six-episode series. If thrillers are you’re favourite, Kailsapuram is one you shouldn’t miss.

Curiously wanting to understand the man behind this brilliance, we reached out to Bhargav over a phone call. Despite rushing to the screening of Kailasapuram, he spoke to us in an exclusive interview. Read the edited excerpts here.

Q. What made you choose a subject like drug addiction and drug peddling?

A. I was watching a news bulletin once. I came to know about this town, that I shouldn’t name here, that was dealing with such issues. It’s a real town with real issues. So I started my research and found the same things. This story pulled me towards it. We have seen stories based on mafia and drugs for long, but it’s all in metro cities. There is no story that explores something like this in small villages. That’s how it started.

Q. What was the first thought behind Kailasapuram?

A. I wanted to bring out an honest story. I can say that during my research and visits to this place, I had already seen my characters and my scenes there. That made me give it a realistic approach. The people there, they do whatever they want and however they want. There is no stopping.

Q. How did you develop Kailasapuram?

A. As I mentioned, I had seen the characters and the scenes already. But I wanted to make it a thriller. I could have given it an emotional angle as well. But these days, its thrillers that are keeping audiences intact. I always saw it as a thriller. You add unpredictability and that’s the key to keeping them hooked. I actually worked backwards, started from the climax and then moved ahead. That’s how it’s come out as interesting. If the story is predictable, then it’s not going to work.

Q. Did you have a vision for how the series was supposed to be? Did it come true?

A. In fact, it came out better than I expected. I wanted to make it a certain way, but while on the set I expected it to become a dramatic series. When I saw the final output, it came out to be very realistic.

Q. Did you always want to cast new faces for Kailasapuram?

A. Yes! I always wanted new faces. I could have cast known actors but I didn’t want popular faces. Because I did not want the audiences to carry the baggage of the actors’ past experiences into Kailasapuram. That wouldn’t make it realistic. I wanted new faces on screen. I wanted freshness and honesty in these characters. That way, the audience would walk in with zero expectations. They would have no clue about who the characters are or what is to be expected from them.

Q. What is your favourite scene in the series?

A. Ah! It is difficult to pick one. You know, it’s like asking which among all of your babies is your favourite. But if I had to pick something, I’ll say it’s the climax scene. It’s that part of the thriller where everything is revealed. Things you would have predicted while watching scene one become all obsolete by scene 10. The climax is where the strength of the story really comes out. From the direction to the music, writing and acting, everything is so engaging in the climax. Even through our analysis, most people loved the climax.

Q. Did you have a favourite actor on set? If yes, why?

A. Yes, I do have a favourite, but a character, not an actor. It has to be the character of Parvatheesam, the local corrupt cop. I imagined him to be a lot more corrupt and messy. But when the actor came on board and we started shooting, his character was so much more polished.

A. Oh, that’s a critical question. Well, I am currently focused on quite a few projects. Thriller is my personal favourite genre. Now that I have explored a thriller set in a small village, I think I’d like to try my hand on a corporate thriller. Or maybe something like corporate fraud or something.

Q. Would you like to give special mention to someone?

A. I would like to specially mention the whole team of Kailsapuram. We had to go through hard times. My co-director, the music director, the associate directors, the editors and everyone else involved. We’ve had sleepless nights. We were unsure of delivering it by the deadline, but we pulled through and made it. And I think we have brought out a decent product.

Check out the brilliant Kailasapuram on ZEE5 now. Or if you want to catch up with something light hearted, watch Mrs. Subbalakshmi on ZEE5.

Watch The Story Of Students In The ZEE5 Original Series B.Tech, Streaming Now